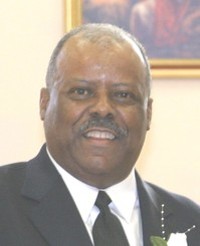 Joe Washington
The former chief of the Northeast Ambulance & Fire Protection District was sentenced today to one year of probation for violating the Clean Air Act.

Joe Washington pleaded guilty in December for violating EPA regulations when he had asbestos removed last year from the fire district's office in the suburb of Beverly Hills.

Washington was fired from his position last November following allegations that he and the fire district's attorney, Elbert Walton Jr., enriched themselves by siphoning off hundreds of thousands of dollars from the fire district.

The United States Attorney's Office announced today that Joseph Washington was sentenced to one year of probation for violating the Clean Air Act.

According to court documents filed at the time of his plea, on October 31, 2008, Washington, on behalf of the Board of Directors of the Northeast Ambulance and Fire Protection District (NEAFPD), purchased a building at 7100 Natural Bridge in St. Louis County, MO.  In documents provided Mr. Washington by the seller, there was a hand written note indicating that there was the possibility of asbestos being present in the floor tile.  The property was purchased "as is."  On November 6, 2008, at a district board meeting in the building he just purchased, questions were raised by the citizens to the board members, including Joseph Washington, as to whether or not there was asbestos present in the building.  The next day a contractor began renovation work on the building.  That work included the removal of the floor tile in the building.  This floor tile contained asbestos.

"Mr. Washington was a public servant, paid by the tax paying public, working in a taxpayer funded public building.  When the presence of asbestos was suspected, instead of assisting St. Louis County Health Department inspectors by granting them access to determine if the public was in danger, Mr. Washington turned them away and made them get a court order to get into a public building," said First Assistant United States Attorney Michael Reap. "Meanwhile, during the time that investigators were being kept out of the building, there were employees and small children exposed to asbestos."

Joseph Washington, acting on behalf of the NEAFPD knowingly failed to provide notice to the Environmental Protection Agency, or any delegated agency, at least ten days before the asbestos removal began of its intent to renovate any NEAFPD facility;  the estimated amount of asbestos to be impacted during renovation activities at the facility;  the scheduled starting and stopping dates of the operation;  the procedures to be used for removal and disposal;  and the disposal site where the waste was to be hauled, all in violation of Title 42, United States Code, Section 7413(c)(1) and 7412 and Title 18, United States Code, Section 2.