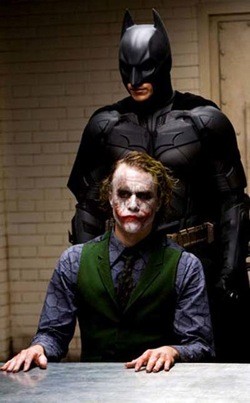 scrapetv.com
"Never start with the head, the victim gets all fuzzy."
You know, criminals in this town used to believe in things. Honor. Respect. Look at Granite City resident Thomas Byrd. What does he believe in?
According to a story in this morning's Belleville News-Democrat, face-biting:

Thomas Byrd, 32, was sentenced to 24 years in prison Wednesday after pleading guilty to a July 2008 attack that a prosecutor described as "something out of a horror film." Byrd pleaded guilty to charges of aggravated kidnapping and home invasion in connection with the attack on his estranged wife.

Byrd was under a restraining order to stay away from the victim, who had served him with divorce papers. He had already been convicted of domestic battery and burglary, after stealing items from her and her daughter.

Byrd had been released from jail on the burglary charges the day before the kidnapping. He threw paving stone through the glass door of the victim's Granite City home and went up the stairs, breaking into her bedroom. He disarmed her and attacked her, then forced her into a car and drove into St. Louis.

According to Granite City Police Detective Mike Parkinson, Byrd told the victim he was going to kill her. That's when she grabbed the wheel and tried to crash the car. Byrd stopped in St. Louis and attacked her, biting a chunk out of her face.

Parkinson testified that Byrd treated the investigation as "a joke," giving his name as Batman.

C'mon Detective Parkinson, "Why so serious?"