Josh Hawley Finally Does Something Right, Encourages Vaccinations for Missourians 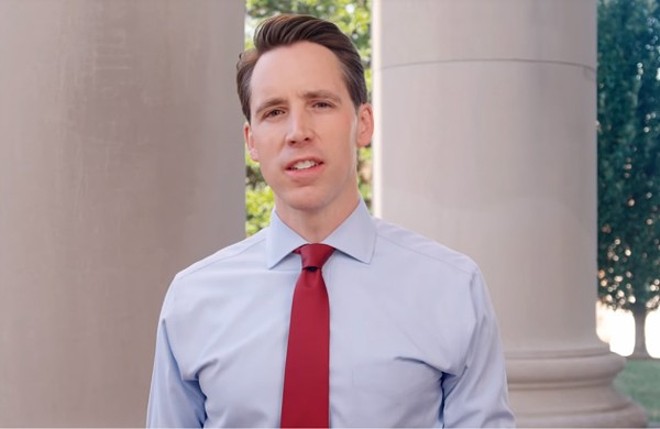 
Josh Hawley is an ambitious little weasel who will stop at nothing to further his political interests. He’s calculating, soulless and seemingly without conscience. His motivations are usually transparent as hell and eye roll-inducing. He’s just another empty man in a suit, ready to do anything if it means he will come out on top. Quite plainly: he sucks.

But this time — this one time — Josh Hawley is at least partially on the right side of history.

In a video posted on Fox2Now.com yesterday, Hawley spoke about vaccinations in Missouri. In the story, he’s quoted as saying this:

“The numbers are too high. You want to see them low and declining. That is why it is vital we get folks all of the information we can about the vaccines; where they’re available. I always tell people that I am vaccinated and that I encourage folks to go get vaccinated. Ultimately, I trust Missourians to make their own medical decisions. My view is that you just have to get them the facts. For those who want to get vaccinated, let them know where they can do it.”


That might seem like an odd statement from Hawley, but he’s actually been on the record as being pro-vaccine for a long time. In January of this year, he sent letters to the CEOs of Walgreens and CVS asking for details asking about their vaccine distribution plans. And then in April, he and Senator Roy Blunt urged FEMA to open a mass vaccination site in Kansas City.

Sure, maybe he's only doing this because he likes to try to make himself look like a balanced, reasonable guy. Governor Mike Parson has tried to do the same as he refused to implement mask mandates or other modest measures, insisting against all evidence that Missourians would take "personal responsibility" for heading off the virus.

Or maybe Hawley making these statements in the hopes that his entire vax-hesitant political base in Missouri doesn’t get wiped out by the pandemic (dead people can’t vote).

But when it comes to encouraging vaccinations, his motivations aren’t the point. The point is that we need more Missourians to get vaccinated if we all want to even have a chance of keeping our parents and grandparents alive until the end of this thing. And anything that helps us to accomplish that goal is good, even if it comes with a side of bullshit.

“I’m not sure what else to do other than to... share my own experience and to urge folks to get vaccinated and make the choice that they want to make for their families,” Hawley said.

He, of course, then took a break from reality to spread some false information about how President Biden has a plan to have the federal government go door-to-door and “force” people to get a vaccine before finally circling back to encouraging vaccinations:

“I think you’re going to find Missourians say ‘Don’t tell me what medical choices I need to make for myself and for my family.’... What you do is you give people information and you trust them to make good choices. And for those who say ‘Yeah, I want the vaccine' you make it available as it is: for free, widely available all over the state.”


Maybe Hawley will remember his strong stance in favor of people making their own medical choices the next time the topic of abortion comes up.