JOSHUA ROWAN
Repairmen attend to a section of the border wall near Naco, Arizona.

At times in his traveling life, Rowan had thought a lot about going to Mexico for different projects. But he worried about safety.

Much of the news coming out of the country focused on gangs and fearsome cartels, highlighting kidnappings and murders. The reported violence loomed in his mind until one day he was driving a Missouri highway and noticed a blinking sign warning people to buckle their seat belts, because hundreds of people had died in crashes that year.

He wondered why he worried so little about driving that road where people were killed at an alarming rate and worried so much about Mexico, where the odds of anything happening to him were actually far less.

"This wave of realization come over me," he says.

That simple reframing persuaded him to finally make the trips he had put off. In May 2017, he drove the southern border for the first time from the Gulf of Mexico to the Pacific Ocean, passing through eighteen border towns as he zigzagged for five weeks back and forth between the United States and Mexico.

He found scenes different than any he had heard about — farmlands that extended across the line, rafting companies along the Rio Grande for recreational float trippers, impenetrable canyons. In some stretches, he was stopped three or four times per day by border agents who were suspicious of a guy driving deserted back roads in a large van, he says.

"More times than not, whenever the border guards realized that I was telling the truth and I was down there to do just what I told them I was doing, they were up for talking about places along their routes that they knew of that might not be on the map or I might not be aware of that I might want to go photograph," he says.

He made the drive again the next year, in November 2018, when talk of a migrant "caravan" dominated the news. He went expecting to see razor wire being installed, troops converging and conflict.

"I traveled the entire border and saw none of that," Rowan says.

Instead, he found a quieter, calmer reality and left with a sense that the supposed crisis had been mostly manufactured and that trying to wall off the two countries was a "ridiculous idea."

It also reminded him that we can scare ourselves away from chasing a dream. He applies a simple test: "The ultimate question is, 'Am I going to die from trying to live this other way that all the forces are telling me are stacked up against me?' More than likely not," he says. "I might have to downgrade to a smaller car or lose some sort of comfort in my life, but ultimately I'm not going to die. Everything should be fine, right? So why not try it?" 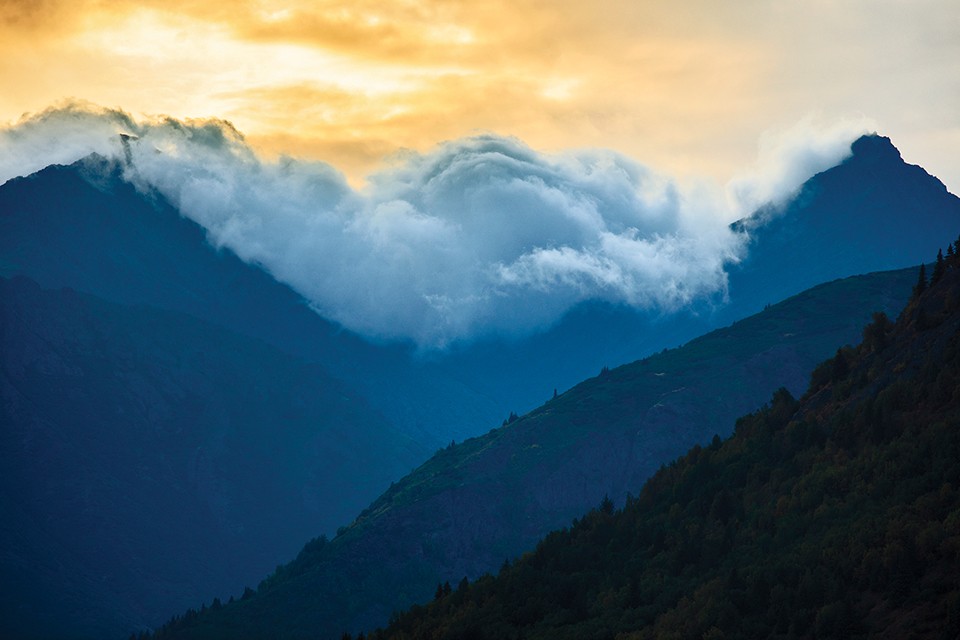 JOSHUA ROWAN
Clouds crash and pour over the ridges of Alaska’s Kenai Peninsula.

Seventeen or eighteen years have passed since Rowan's first trip to Florida to sell flash. In that time, he has changed his life so fundamentally that he feels more natural living out of his van than he does staying still in St. Louis.

He is not fully nomadic. He still feels the pull of seeing family and friends throughout the St. Louis region and southern Illinois, and he builds his trips around rough outlines that have a natural conclusion — drive the Dalton Highway to its end, follow the southern border from east to west. ("You have a reason to go, but you also have a reason to come back.") And although he says he is totally fine logging days at a time without seeing anyone — without even hearing the sound of his own voice — he has noticed changes in his behavior that suggest a creeping loneliness somewhere in his subconscious. He finds himself lingering at gas station counters, conversing a little longer in grocery store lines while re-stocking his supplies and chatting up the occasional stranger he meets while hiking in the woods and mountains. He finally gave up his apartment of eight years in the ArtLofts downtown a few months ago, but now his thoughts drift to buying a place to establish more of a home base. He wonders whether he will find a relationship given this lifestyle, or if that will always be a tradeoff for his compulsive wandering.

Still, the alternative of staying in one place long enough to become rooted once again feels intolerable.

"I actually physically ache if I go too long without seeing a mountain," he says. 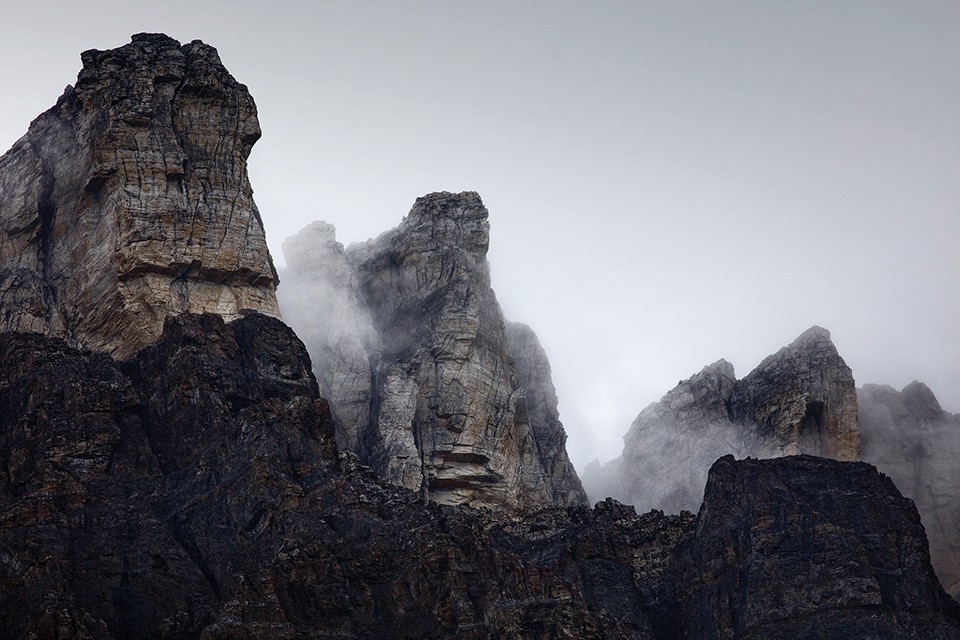 JOSHUA ROWAN
A group of peaks in Canada’s Banff National Park caught Rowan’s eye. He thinks of them as somewhere between "three kings" and "curmudgeonly old men … watchers of the fields."

On this latest stretch at home, staying in a converted horse barn on his family's land in southern Illinois, he has struggled with something almost like withdrawal from the landscapes he ingested on his latest trip to Alaska and British Columbia.

"It was so majestically beautiful. I'm surprised I didn't see a unicorn, you know, some of the places I was on, because it was so overwhelmingly beautiful on a day-to-day basis, seeing these incredible places every single day," he says, sitting in the corner of the Panera.

"All of a sudden you have to come home, and you find yourself just kind of sitting inside, and there's no more places to go and nothing to do like that. To me, it got me a little bit. Several times, if there wasn't certain obligations I had, I would have just packed up and left again."

His van is outside in the parking lot. The Ford is his third van after a couple of Mercedes-Benz Sprinters, and maybe you would expect it to look like the photos from those #vanlife Instagram accounts, like a little cabin designed by Ikea. But it just looks like a work truck. He has a repurposed restaurant booth bench and a little square table with a camouflage office chair. A small bunk stretches across the back with a little bit of room for gear beneath it. He has a hot plate, but no kitchen. There is no running water. And yet, it feels as much like home as anything in his life right now.

To see more of Joshua Rowan's work go to his website.