Send a News Tip
Update April 22: KMOX (1120 AM) is reporting that Melvin R. Patton, 26,  has been charged with two counts of first-degree murder, as well as armed criminal action, assault, burglary, and endangering the welfare of a child. He is being held without bond.

Police say that Patton and Keneka Elliot had a four-year-old child together and were in the middle of a prolonged custody battle. Patton lives on the 3000 block of Texas Avenue, approximately one mile from the Elliots.

An intruder busted into a south city home around 3:45 a.m. this morning shooting to death brother and sister Julius Elliot Sr., 29, Keneka Elliot, 24, and critically wounding another woman.

The incident occurred inside a small brick home (below) at 3815 Pennsylvania, near the intersection of Chippewa. 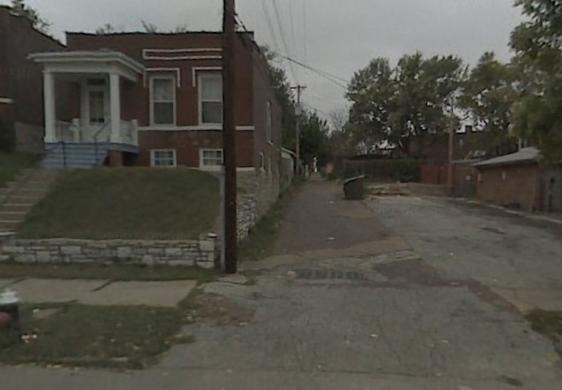 Google Street View
St. Louis police report that all the victims were shot multiple times. Despite a gunshot wound to the head the surviving victim was reportedly able to call 911 for help.

Three children were also in the home last night, but were not fired upon. Police say that the suspect was known to the victims.

The Post-Dispatch reports that police are focusing their investigation on the father of one of Keneka's children.

The deaths of Julius and Keneka Elliot bring the St. Louis homicide toll for the year to 38 -- nine more than the same time last year.