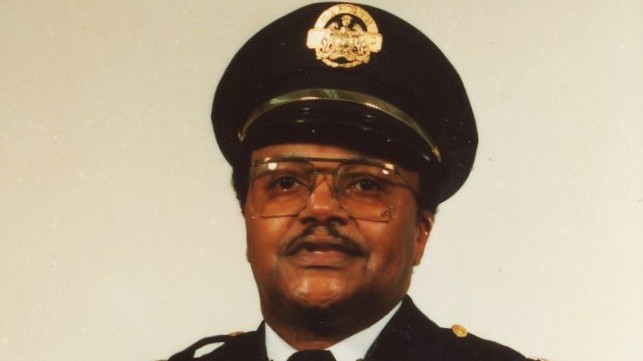 A jury was seated this afternoon for next week's murder trial of one of the men accused of killing David Dorn, a former St. Louis Metropolitan Police Officer who died while attempting to protect a pawn shop in the Ville neighborhood in north city from looting in the wake of the 2020 police murder of George Floyd.

Dorn's killing happened in the early hours of June 2 that year, about a week into the nationwide civil unrest following Minneapolis police officer Derek Chauvin's murder of Floyd.

Dorn, who was 77, helped out with security for Lee's Pawn and Jewelry on the 4100 block of Dr. Martin Luther King Drive, which was owned by a friend. Around 2:30 a.m. he responded to an alarm at the store and was fatally shot on the sidewalk outside of it.

Dorn's final moments were captured on a Facebook live video in which he could be seen lying on the sidewalk, severely wounded and clutching a smartphone. "You killed a man over some TVs?" the distraught man filming the video shouts again and again. "Over TVs? Over TVs?"

"Looters murdered him at a pawnshop last night. He was the type of brother that would’ve given his life to save them if he had to. Violence like this is not the answer, whether it’s a citizen or officer," the Ethical Society of Police said about Dorn in a statement issued the day of his death. 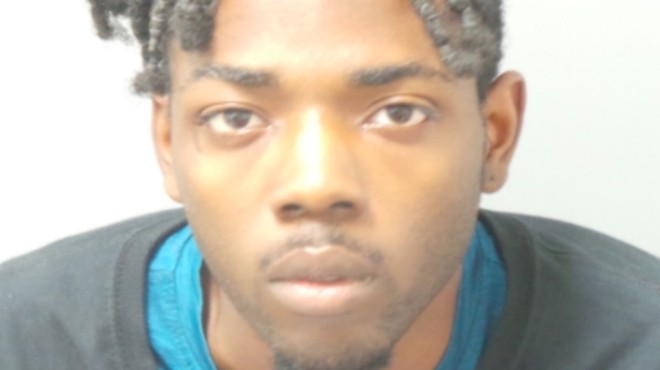 Dorn was remembered at a large vigil that took place in Forest Park one year later. Mayor Tishuara Jones and John Hayden, who was then the city's police chief, both attended. At the memorial, it was announced that a portion of Interstate 70 would be renamed the David Dorn Memorial Highway

Subsequently, a portion of Interstate 170 was also renamed in Dorn's honor.

However, his shooting death was politicized from the start.

Right-leaning national media outlets such as Fox News covered it heavily, using it as a lens through which to view the worldwide protests for racial justice happening at the time.

Then-president Donal Trump tweeted the day after Dorn's death, "Our highest respect to the family of David Dorn, a Great Police Captain from St. Louis, who was viciously shot and killed by despicable looters last night."

In August of that year, Dorn's widow Ann, herself a retired police officer, spoke at the Republican National Convention in favor of re-electing Trump. Ann eulogized her deceased husband, saying, "After 44 years, he retired from law enforcement but he never retired from helping a friend in need." In the final minute of her speech, the remembrance of Dorn turned into a more explicitly pro-Trump message.

Dorn's daughters Lisa Dorn and Debra White spoke out against their stepmother's participation in the convention.

Lisa told CNN that she felt Ann's speech was "heartfelt." However, she also said,"My father would not have wanted his name, his image, his likeness to be used and politicized to continue to support the efforts of Trump and his administration, particularly his law and order agenda."

She said her father was a registered Democrat who strongly disagreed with many of the then-president's policies.

Stephan Cannon, 27, of north county, was arrested and charged with Dorn's murder on June 8, less than a week after Dorn's death. Nine days later, Mark Jackson, 25, of north city, was charged for the murder as well.

Three other men were charged with burglary and stealing related to the events that occurred at the pawn shop that night.

According to police documents, surveillance video captured Cannon stealing televisions from Lee's. The video also showed that when Dorn arrived at the scene, Cannon walked in his direction.

According to the documents detailing the charges against Cannon, “It is apparent from the surveillance that at the time the shots were fired, Cannon was the only person standing at that corner."

When Cannon was arrested, police say he had a stolen television in his possession.

The high profile of Dorn's murder affected the process of jury selection for Cannon's murder trial, which will begin Monday.

Jacob Long, chief communications officer for the 22nd Judicial Circuit Court, said that normally a jury consists of 12 jurors and three alternates selected from a pool of 42 people. However, Long stated that the "publicity and nature" of the case meant that the court initially planned to select their jury from a group of 72 people.

The plan had been for the 72 potential jurors to be questioned by assistant circuit attorney Marvin O. Teer and public defender Brian Horneyer in two groups today — 36 in the morning, and 36 in the afternoon.

In the morning session, Teer asked potential jurors a variety of questions, including about their familiarity with the case, if they had relationships with police officers or if anyone had been impacted by gun violence. If potential jurors answered in the affirmative to any question, Teer asked if this would affect their abilities to be fair in next week's trial.

At one point, a potential juror said she was involved in peaceful protests that summer.

Horneyer asked if that would cause her to favor the defense.

During his time questioning potential jurors, Horneyer implied that one of the other men charged in connection to the events surrounding Dorn's death will be called as a witness.

Around noon, the first 36 potential jurors were dismissed with the expectation being that an hour and a half later another 36 would enter the courtroom and the process would begin again.

However, around 2 p.m.,the court spokesman Long alerted the media that "based on how this morning's panel went, both sides felt like they didn't need the afternoon pool."

He added that 12 jurors and two alternates had been selected from the morning group.