Keith A. Miller Charged With Strangling Young Woman, Dumping Her in Trash Bin 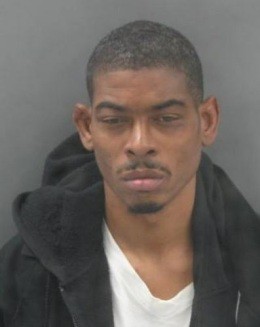 Keith A. Miller is charged with strangling and dumping Ashley Moorhead, age 26
Keith A. Miller used his hands to choke the life out of 26-year-old Ashley Moorhead, then left her for dead in a south-city trash can last Friday, the circuit attorney alleges.
A grand jury has charged Miller with first-degree murder.
Miller is 34 and a resident of Gravois Park. He apparently lived only about a block from where a resident first found the body last Friday morning, near the intersection of California Avenue and Miami Street.
The young woman lived in Benton Park West.
The residences of both the victim and the accused, and the spot where the body was found, all lie within a three block radius of the fashionable Cherokee Street arts district.
Miller already has previous convictions for possession of a controlled substance, stealing and domestic assault, court records show.