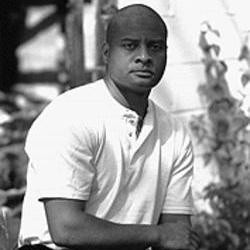 Keith Conway admitted his guilt in federal court this morning.

Just three months after an indictment was first brought against him in federal court, former Kinloch Mayor Keith Conway entered a guilty plea to three of the counts against him: wire fraud, federal program theft and witness tampering.

Conway entered his plea in federal court this morning. In exchange, the U.S. Attorney's Office agreed not to seek any further prosecution related to the matters at hand.

Conway won't be sentenced until November, but U.S. District Court Judge Rodney W. Sippel warned that he could face as much as 40 years in prison, along with $750,000 in fines. (That would be the maximum sentence, which appears wildly unlikely in light of Conway's admission of guilt -- although the politician will almost certainly see prison time.) He will also be forced to make restitution to Kinloch, the tiny north-county suburb where he served as mayor since 1999.

A former R & B singer who was elected mayor despite a complete lack of any political experience, Conway had been running Kinloch for ten years when, he now admits, he began using a city Visa/debit card and checks to subsidize his own lifestyle.

Even though Kinloch was already providing Conway with a home in which he lived rent-free, he began using city money to pay for DirecTV, his electric bill from Ameren, a time share near Ft. Lauderdale, Florida, travel to Las Vegas, and at least two Caribbean cruises. Unbelievably, he also used city money to pay for his past-due taxes at the IRS processing website Link2Gov -- the source of the wire fraud charge he pleaded guilty to today.

Conway is accused of stealing at least $34,905 from Kinloch, beginning in January 2009. And even after his May indictment, he admitted in the plea, his criminal behavior continued -- the witness tampering charge comes from an incident just after his initial appearance in court. After pleading not guilty, Conway was warned not to have contact with any witnesses in the case, yet almost immediately headed to City Hall to start pitching his version of the story to members of the board of aldermen.

But it was a chastened Conway who appeared before Judge Sippel today. In his initial May court appearance, after being arrested at City Hall, Conway reportedly wore a T-shirt that said "I'm the boss. No questions. No arguments. Orlando Florida." But today, the 47-year-old sported a goldenrod tie, a pinstriped charcoal suit and a newly shaved head.

Asked if he understood that he was making an admission of guilt -- one that could bar him from voting, much less holding future office -- Conway answered only with a series of polite "yes, sir"s.

He'll receive his sentence November 18. Until then, the former mayor will be subject to electronic monitoring.

In a statement from the U.S. Attorney's Office, special agent-in-charge Dennis Barker said, "Mr. Conway finally admitted he stole money from his own community when the City of Kinloch couldn't even afford to pay its employees. After he was indicted, he lied about the city owing him money to try to cover up his selfish crimes." UPDATE: This post was updated at 1:50 p.m. to fix an error regarding Conway's plea.