Kevin Banks: St. Louis Homicide No. 31; Shot After an Altercation 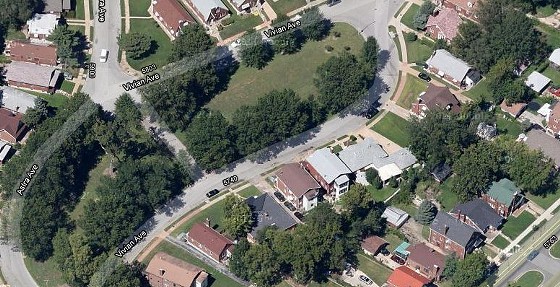 Kevin M. Banks, a 44-year-old black man, and an unidentified 41-year-old black man were shot in the 5700 block of Vivian Avenue at 11:26 p.m. last night, according to the police incident report. Officers responded to the North Pointe neighborhood and found Banks in the front yard of his home, shot in the knee and head; he was pronounced dead at an area hospital. A bullet had grazed the hip of the unidentified man; he received treatment on the scene but refused further medical attention.

He did tell police that he and Banks had an altercation with a group of people earlier in the day. Police identified three "persons of interest" and are now actively seeking them, but provided no further information or details about this trio. The investigation is ongoing.