The convicted cop killer is begging for clemency before his Nov. 29 execution date

Johnson’s lawyers presented a clemency application to Parson’s office yesterday in a last-minute attempt to save Johnson’s life. Johnson, 37, killed a Kirkwood cop when he was 19. He will die November 29 unless he wins a legal reprieve — or the governor’s mercy. His advocates are seeking to get his sentence commuted to life without parole.

Robert Rieske, a federal capital habeas attorney, says the meeting with the governor’s office went well. Members of Parson’s office (Parson himself is on a trade mission in Israel) were receptive, Rieske said, even as he acknowledges that he remains apprehensive.

“To be honest, we have very little hope,” Rieske says. “But I think we at least made something that for them is normally a very easy decision, a hard decision.” 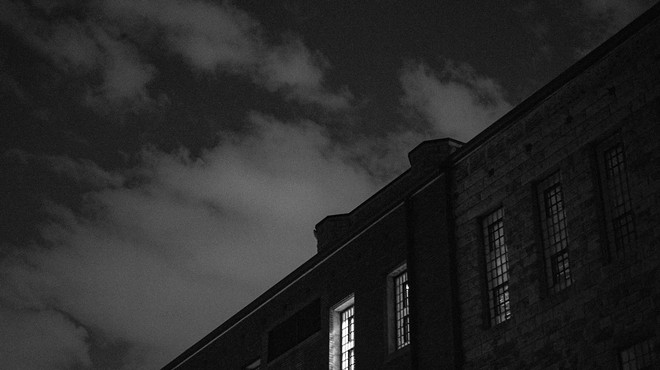 St. Louis County's Use of the Death Penalty Has 6 People on Death Row: As 3 face execution dates in 4 months, "Shadow of Death" considers Bob McCulloch's legacy

Johnson’s legal team asked Parson’s office and the Missouri Board of Probation and Parole to consider the context of Johnson’s case.

Johnson suffered immense childhood trauma and abuse; his mother, addicted to crack, left Johnson and his siblings alone and starving when he was a toddler. After that, he lived with an abusive aunt and later in group homes. Johnson also suffers several mental health impairments. Some were inherited (experts who examined him suggested he suffered from exposure to drugs as an infant), while others were the result of childhood abuse from various caregivers.

Johnson has grappled with regret after he shot and killed Kirkwood Sgt. William McEntee in 2005. In the heat of the moment, Johnson had blamed McEntee for barring his mother from attending to his 12-year-old brother as he suffered a seizure. Johnson’s brother, Joseph “Bam Bam” Long, died just hours before the fatal confrontation.

Johnson was just a teenager at the time of his crime. His lawyers argue that the legal landscape around punishing juvenile offenders has changed drastically since Johnson’s sentencing in 2007. In 2012, the U.S. Supreme Court in Miller v. Alabama accepted science proving the adult brain doesn’t fully develop until age 25. The American Psychological Association in August called on courts and legislators to ban the death penalty for offenders younger than 21. 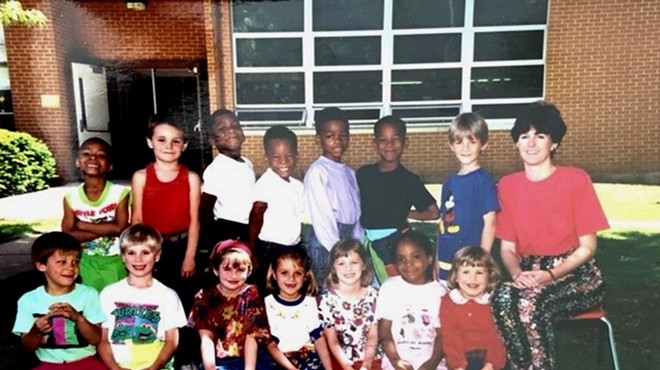 As Kevin Johnson Waits on Death Row, His Teachers Grieve: The Kirkwood educators who knew Johnson in his childhood are among his biggest supporters

Rieske says Parson’s team seemed engaged with the clemency presentation and asked detailed questions about Johnson’s case. But both he and Johnson are realists.

In an interview from prison last month, Johnson didn’t hold much hope for relief from Parson.

“I can’t see him saving somebody like me,” Johnson told a Riverfront Times reporter. “I would ask the governor when he’s deciding this, to not look at me as me… Envision your 19-year-old son or 19-year-old grandson did this with the conditions surrounding the case… Would you allow the state to kill them?”

Johnson, described by his lawyers as a “model prisoner,” has turned his life around in his 15 years in prison. A year ago, a prison deputy appointed Johnson to work as sports commissioner at Potosi Correctional Center. He also works in the prison’s computer learning center where he helps other inmates learn trades and take automated courses on anger management.

Attached to Johnson’s clemency application were more than 100 letters written by his supporters. Most were authored by fellow inmates, who described Johnson as a mentor and source of stability at the prison.

“If you let him live, he makes things better,” Rieske says.

Rieske says Johnson and his family are communicating regularly. They’re simultaneously discussing movement in Kevin’s case while planning his funeral.

From prison last month, Johnson expressed regret and a desire to live. He knows, however, that in a state like Missouri, his shot at forgiveness is slim.

“I respect police officers, they need to be here,” Johnson said. “But when you hurt one of them, there’s no coming back from that.”