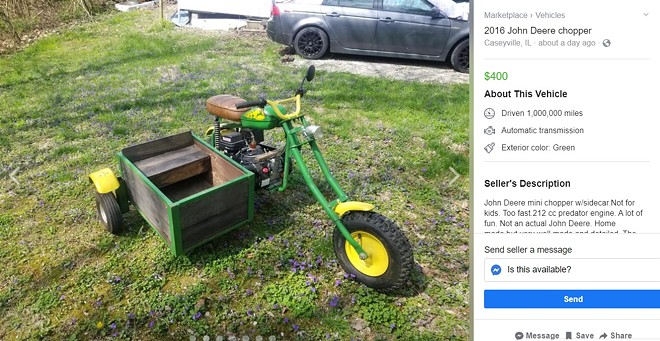 We have not yet reached the point of the ongoing apocalypse wherein we are all blasting across a dusty terrain astride vehicles of varying quality and character, but we're clearly hurtling in that direction quickly, so it's time to get yourself a sweet ride.

Perhaps you should consider this bitchin' John Deere-themed mini chopper with sidecar that was recently posted to Facebook Marketplace!

Located just twenty minutes east of St. Louis in Caseyville, Illinois, this badboy would make the perfect steed in an upcoming near-future wherein water is the only currency and everyone wears chains and spikes on their clothes.

Once the major urban centers collapse and nature reclaims them, those hunkered down in rural communities are going to be understandably wary of city slickers rolling through their towns in search of supplies. But the John Deere-iness of this particular vehicle renders that point moot, and provides you with just enough cover that you're more likely to be greeted with a friendly midwestern "howdy" than a sudden hail of "get off my property" bullets.

And speaking of supplies, that sidecar sure looks like it could hold a lot of them! We're talking 30, 40 rolls of TP at the very least. That is, of course, if you don't have your apocalypse dog riding shotgun. (What's that you say? You don't have an apocalypse dog yet?! You need to rectify that immediately.)

At a price point of only $400 — only a third of the cost it would take to build a guillotine — you pretty much can't afford not to buy this beaut. And with an absurd 212 cc engine mounted on the thing (the listing notes that the bike is not for kids because it is "too fast," which is one hell of an understatement) you can bet you'll be able to outpace any manner of chrome-teethed goon in your rear view mirror.

Plus, according to the listing, it's already been driven 1 million miles, so you know this thing is built to last.

Check out some more pictures below, and see the listing for yourself here. 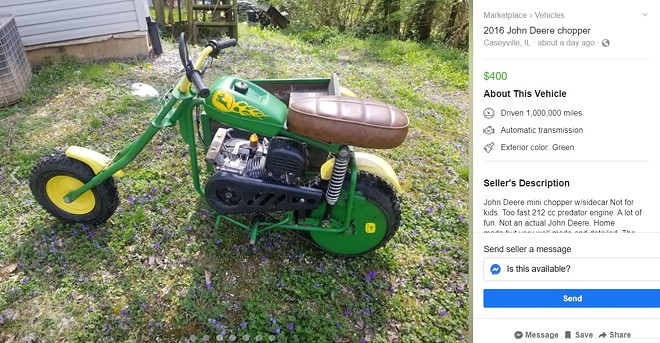 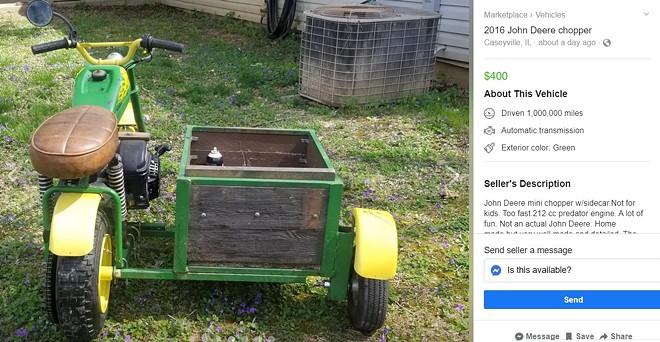 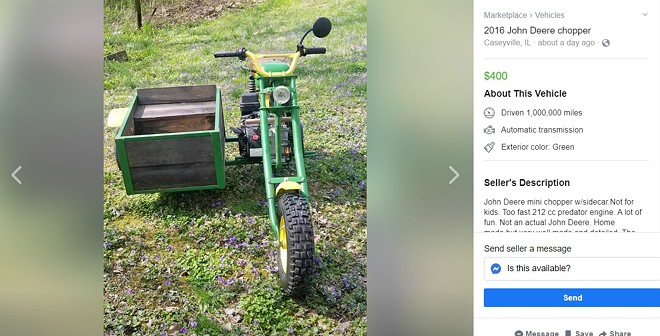 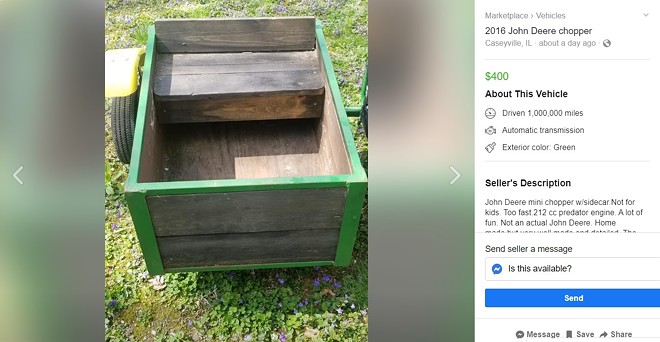 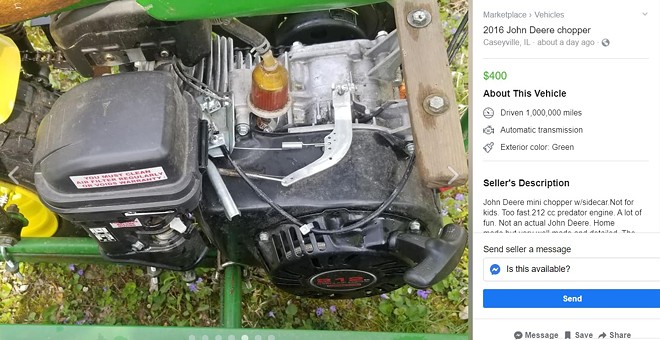 Daniel Hill was the RFT's music editor until he was laid off three weeks ago, and now he just refuses to leave. Follow him on Twitter at @rftmusic.