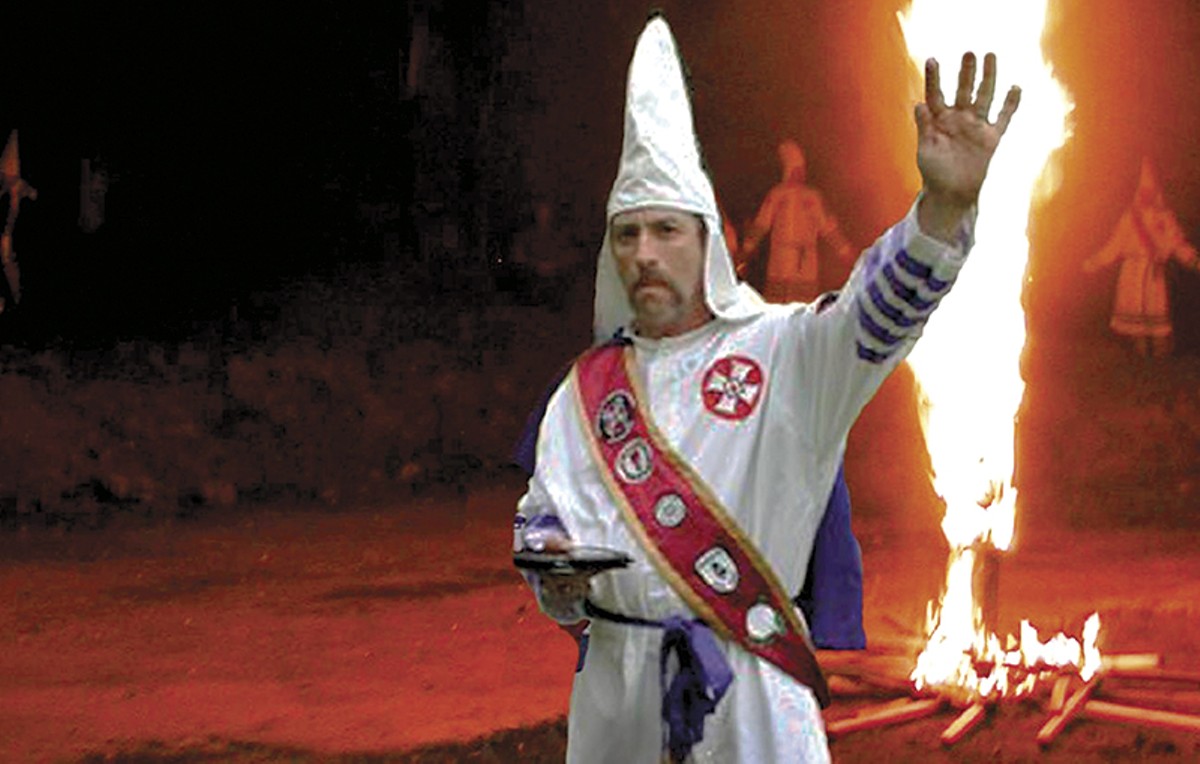 Frank Ancona portrayed himself as a powerful KKK leader, but the public image concealed a messy private life. ​ PHOTO ILLUSTRATION VIA TRADITIONALISTAMERICANKNIGHTS.COM 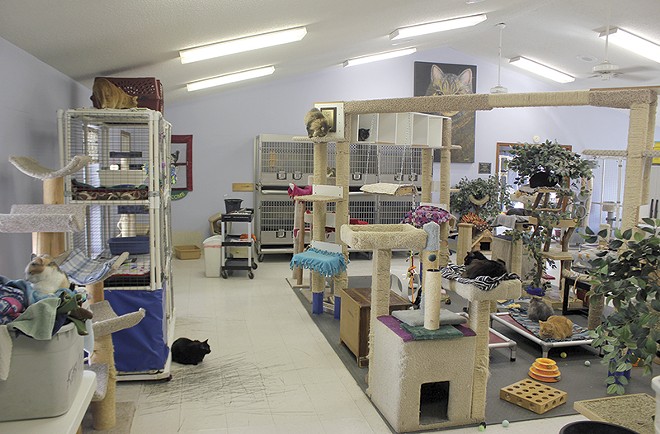 After Frank Ancona was killed, animal rescuers teamed up to help relocate her cats and a pair of dogs to shelters, vets and rescues where they could be treated and eventually put up for adoption. They had predicted such activity years ago as they battled with Malissa and tried in vain to get the state to intervene. Now the day had finally come.

Lucretia Skaggs and her husband took two cats the first night, and she returned the next day with more than a dozen volunteers to start gathering the rest. A few of the cats were in awful shape, but most were well-fed and friendly enough. They combed through Malissa's recent Facebook pictures and counted furry faces to make sure they weren't missing any.

"We've always known we would have to go to that house and do a major rescue," Skaggs says. "We've known that for years. We had no inkling of how that would come about. This shocked all of us."

Over the course of a week, they rescued 42 cats. Eleven of them went to Open Door Animal Sanctuary in House Springs, where the staff gave them all check-ups, treated them for fleas and administered de-wormer medications. A little yellow guy they called Spencer was isolated upstairs while they treated him for a respiratory infection called feline calicivirus. An orange-and-white youngster renamed Sprocket rushes up to visitors' legs and then rubs against the bars of his pen, hoping to have his ears rubbed. 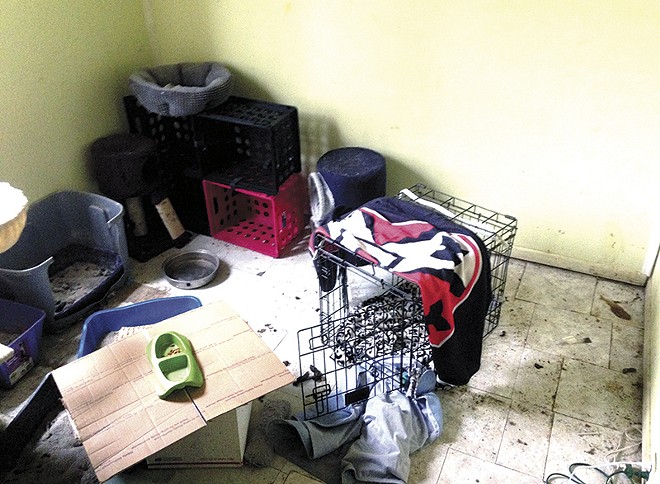 "They're all really friendly, actually," says Jeanette Curtin, who's worked for four years at Open Door. She was part of the rescue operation that convened in Leadwood. "It's kind of weirder and sadder in a way. You know she loved them and tried to take care of them — somewhat. It's the weird disconnect between caring for your cat and caring about your cat."

The animal rescue workers were able to load up most of the cats during the first couple of days. They left out traps for the stragglers but finally pulled them after about a week. Skaggs says they had an ominous feeling they were wearing out their welcome. Nothing was specifically said, but workers decided it was not a good idea to keep sending volunteers to Leadwood.

"You just don't get a good vibe," Skaggs says.

Frank's son let the rescuers do as they pleased. It was never his house, and it angers him to think about Malissa trashing his dad's home with all those cats.

About two weeks after his father's death, the place still reeks when Frank Jr. pushes open the door and walks inside.

By this time, the younger man has already cleared out a lot of his father's belongings. The room where Frank Sr. filmed YouTube videos in front of Klan flags and memorabilia was now mostly barren.

All that remains in the Leadwood house is rubble: furniture that should probably be burned, piles of filthy clothes scattered across the floor and overflowing litter boxes. His father's old mattress, stripped bare and stained red with blood, is still in the bedroom next to Malissa's abandoned Singer sewing machine, the one she used to sew Klan robes. Somewhere, hidden behind a stack of kitchen garbage, a forgotten alarm beeps over and over in the dim light.

"Even if you're a cat, that's a shit life," Frank Ancona Jr. says after looking around. 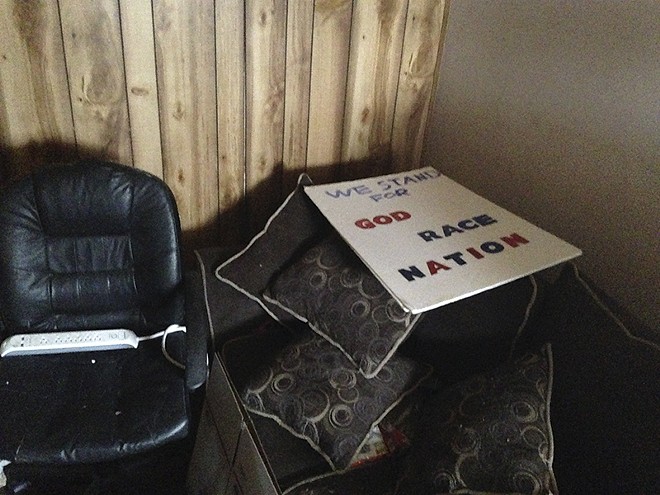 PHOTO BY DOYLE MURPHY
A poster at Ancona's home days after his murder.

The son says he and his father did not see eye to eye on all the KKK theatrics — "I think it just brings more people to hate you" — but they usually talked about other things. When Frank Jr. is asked about the Klan, he says his dad was in a "certain organization" and emphasizes that was separate from family life. He remembers a father who liked the outdoors and trips to Branson. He was proud to learn his dad had not missed a day of work in eight years.

Reporters have been calling ever since the news broke that a prominent klansman had been killed. The story made international news. Frank Sr. was in the New York Times again. The son says his father's murder did not have anything to do with his work for the Klan. Still, he figures his dad has enjoyed the attention, even in death.

"He's definitely looking down from the heavens, saying, 'I got my name out there now.'"