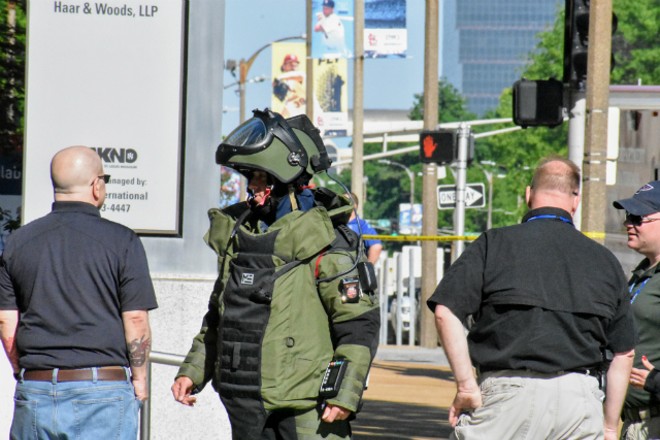 DOYLE MURPHY
A member of the St. Louis Regional Bomb and Arson Unit waits outside KSDK on Tuesday morning.

Update: 11:12 a.m. — St. Louis police say nothing hazardous was found during the investigation. The streets are now open. Original story continues below.

A bomb squad responded this morning to KSDK's offices after employees in the news station's mailroom discovered a suspicious package addressed to former U.S. Senator Claire McCaskill, the station reported this morning.

Police blocked off Market Street between Tenth and Eleventh streets about 8:15 a.m. as at least one member of the St. Louis Regional Bomb and Arson Unit in a protective suit entered the building.

Police confirmed they were responding to a report of a "suspicious package." KSDK reported the package was delivered Monday afternoon and was addressed to McCaskill, who has been out of office since January. She's since become a commentator on MSNBC. KSDK is St. Louis' NBC affiliate.

The station reported that investigators have confirmed the package contained no explosives, but a hazmat unit is now on scene. 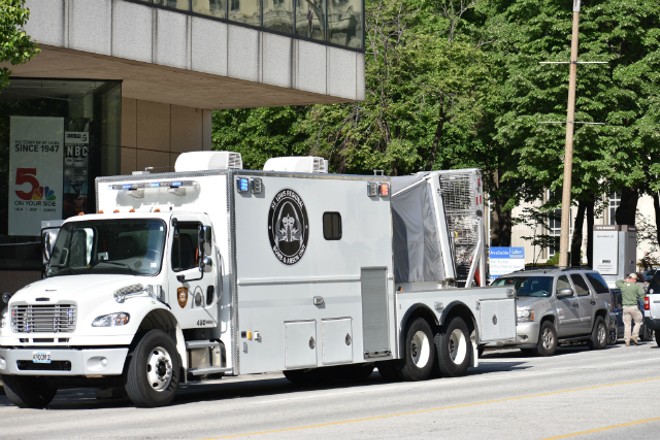 Correction: KSDK's network affiliation was incorrect in the original version of this story. We regret the error.