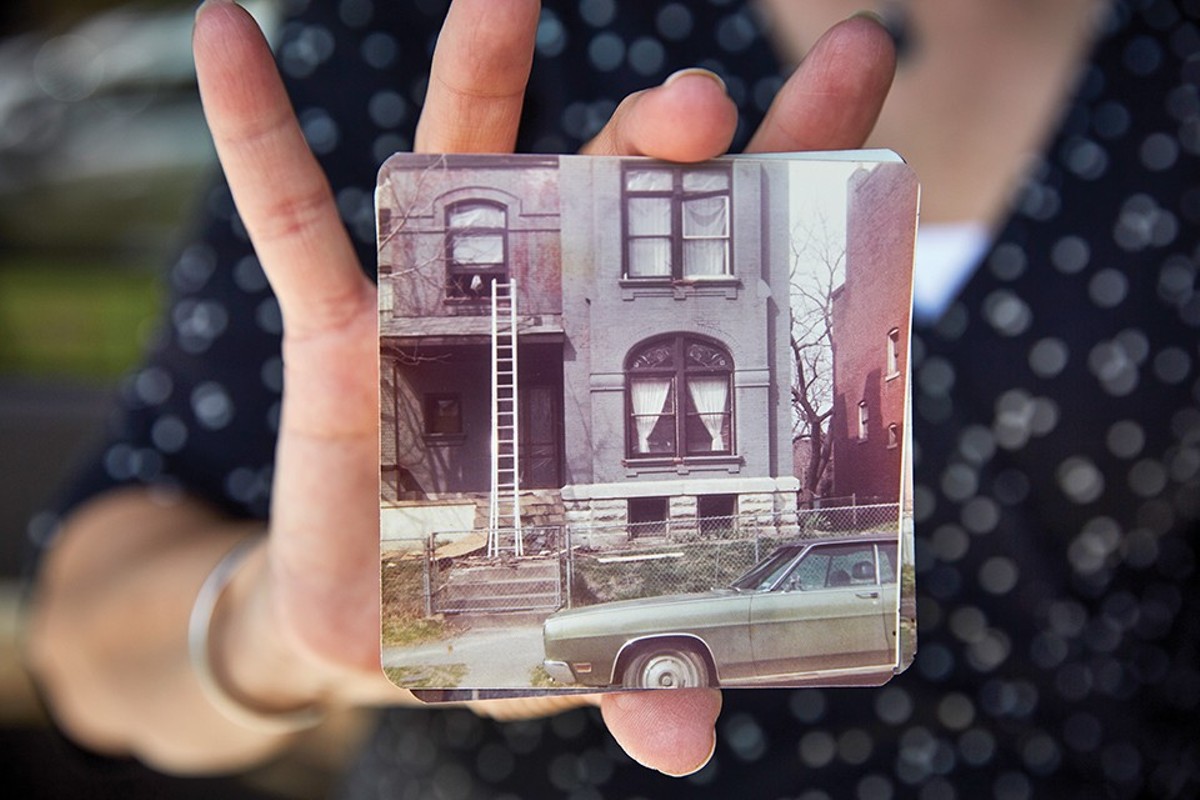 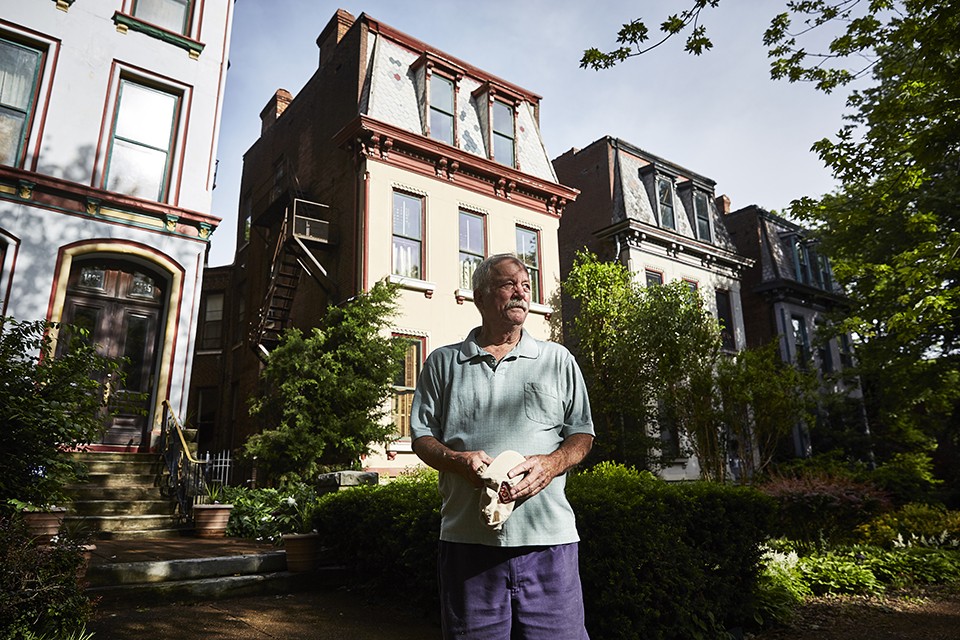 Charlie Struckhoff arrived in Lafayette Square in 1969 and moved out in 1981. In many respects, his dozen years there mirrored some of the neighborhood's most significant changes. Asked about his deepest memory of that time, his answer is an interesting one.

"The most important thing that was happening there is that every week there was a house burning," he says. "I can't say if these were professional arsonists or people trying to make a buck on insurance. At least once a week we'd all go down to a fire and cheer on the fire department. And, if necessary, we'd salvage things out of there. We ended up buying a house on Mississippi Avenue and stored a lot of things there."

Struckhoff and his crew of adventurers weren't above the law. "We did that," he acknowledges. "Then there were people who were paid to go in and take [items] here and there. At one point, we had to call the police on a 'reputable' antique dealer who was known to stash stained-glass windows and mantles."

As Struckhoff recalls it, growth in the Square was gradual in his first five years of residence. "There were bargains available. Then some speculators came in and prices went up. I think people were buying those that were as well preserved as possible. We paid $2,500 for a place that was livable, with bedrooms on Missouri Avenue, and we got a good house.

"People were looking for livability and so it was a gradual progression. As those houses were snatched up, people were looking at the damaged houses." So many stoves, radiators and other, big pieces of furnishings piled up on curbs in the neighborhood that the city adopted a bulk pickup system; Struckhoff was one of the very first drivers in the fleet, ferrying trash from the Square to the city dump on a regular basis.

The Struckhoffs' Missouri Avenue house came with a tenant, an elderly gent who paid $40 a month for a room, a refrigerator and a shared bath; the Struckhoffs allowed him a place until he needed to move into assisted living. At the time, Struckhoff estimates that three-quarters of the buildings inside the Square were rooming houses. The owners were often on the older side themselves, and they took deals to sell as they came.

Others had made the neighborhood their own as well. "Before we moved in, there was a small gay community in Lafayette Square, centered around Benton Place on the north side of the park," Struckhoff says. "And we became friends with those people, the early birds who preceded us. There was an influx of educators, too. It was a mix of people, the ordinary and the extraordinary."

Among them were those who gravitated to Mannering and Woodstock, two communal buildings on Waverly Place, a small stub of a street on the neighborhood's southern edge. As one of seven people buying into those buildings (a group that included three couples), Struckhoff was instrumental in putting together that shared living experience, with up to fifteen units housing more than 30 people at a time. The group shared some facilities, like TV rooms and kitchens. Here, too, ingenuity flourished. The buildings' kitchens were, for example, purchased from a shuttered hotel in Frontenac.

Stories about the Square, he's got them. Even a few that are fit for print. Asked about the general vibe of the neighborhood, Struckhoff says it was "always amazing." But then, he pauses to note, "Life is always amazing."