Last week, KMOV-TV (Channel 4) fired veteran anchor Larry Conners after he made controversial Facebook comments about his relationship with the IRS. Conners -- who questioned whether the IRS was targeting him in response to a tough Obama interview in 2012 -- has since defended his comments and accused the station of making him look like a tax cheat in its handling of the controversy. That's because, according to Conners, his KMOV bosses forced him to read a statement disclosing that his problems with the IRS predated the Obama interview by several years. In an interview, he told us that this disclosure -- which he says he did not write and was not allowed to revise -- was misleading and out of context and made him look like a criminal.

Today, as his attorneys push forward with a formal complaint regarding the firing, Conners has released a statement that offers a detailed timeline of his IRS issues.

Does the timing offer a strong case that the IRS might have targeted him in response to the Obama interview?

Conners has continued to argue that he did not make a direct allegation about the IRS but simply raised the possibility on his Facebook page in the context of the national news of IRS targets.

In a statement sent to reporters this morning, Conners again defends his IRS remarks and then offers these details about his issues with the agency:

Here is the clear timeline: I was on an IRS payment plan since August 2011 and made all payments on time. The Obama interview (which went viral) was in April 2012. Between that interview and September 2012, I was informed that IRS was cancelling my payment plan. I hired a tax attorney and we started working on ways to continue the plan, but could not and still cannot get any resolution. These are facts and not accusations.

He says again in the statement that he did not take a position, but simply asked a question in his comments. 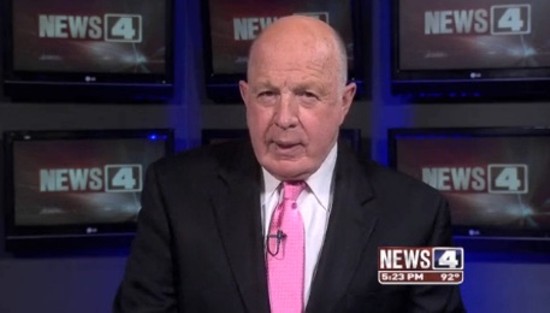 KMOV's president, in formal statements and an interview with Daily RFT, has repeatedly said that these comments violated the journalistic standards of the news organization and that the station takes its commitment to unbiased reporting very seriously.

In his new statement, Conners says he rejects the stated reason for his firing. "KMOV General Manager, Mark Pimentel, said that I was terminated 'with cause', citing that because of [my] Facebook posting I had 'compromised my integrity and credibility'. I disagree," he writes.

Meanwhile, Conners has reemerged on Twitter at the handle @LarryConnersUSA and also has a blog now where he has published several posts about the First Amendment, the media's use of Facebook and conspiracy theories. He also has a new Facebook page.