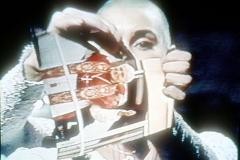 Pirates in first place? Blasphemy!
The Pittsburgh Pirates moved into sole possession of first place in the NL Central on Monday after defeating the Cincinnati Reds. Two days later, the Pirates cling to a half-game lead over the Milwaukee Brewers. The Cardinals, in first place as recently as last Thursday, are now 1.5 games back.

To revisit the last time the Pirates led the division this late in the season, you'd have to travel back nineteen years before MLB realignment when Pittsburgh played in the NL East. In fact, 1992 was the Pirates last winning season, period!

George Bush (the first one) was president. Sinead O'Connor was hosting Saturday Night Live and ripping up photos of the pope. Charles and Di officially split. The "Dream Team" won gold in Barcelona. And Roseanne was the No. 1 sitcom on television.

In other words, you've got to be long in the tooth to remember a winning Pirates franchise.