The state of the technology industry in St. Louis reads like a bad Craigslist missed connection: companies need people, St. Louis has people, but the two just can't match up where it counts.

When Jim McKelvey and Jack Dorsey -- both St. Louisans and the cofounders of the ubiquitous mobile payment company Square -- needed a home for their new venture, the Lou was at the top of the list.

They needed self-starting, motivated, trained web developers to make that happen. And while St. Louis is full of un- or underemployed development workers ready to build on their tech skills, McKelvey couldn't find enough with the right credentials to choose St. Louis as a home base. 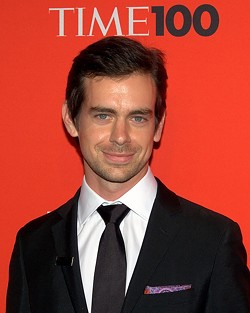 That's where McKelvey's next big idea, Launch Code, comes in.

Launch Code, a new non-profit in St. Louis, convinced 100 companies -- including Lockerdome, BJC Healthcare, Enterprise Rent-A-Car and Panera -- to bring on apprentices, folks who don't have a computer sciences degree and documented years of experience but are still talented, trained and motivated enough to do the work.

The sell to businesses is a simple one: The apprentice gets only $15 an hour (compared to the $80,000 median salary for programmers) and pairs with a much more experienced programmer. If the apprentice doesn't work out, the company can release him or her whenever it wants.

The sell to apprentices is even easier: Work in a growing field, gain invaluable experience and get paid to do it.

After only three months, Launch Code has matched 42 people with apprenticeships, with more in the works. Seven of those have been hired on full time.

"We're a route for people who may not have traditional credentials to get good jobs," says Brendan Lind, managing director at Launch Code. "We can spend a ton of money trying to recruit Boeing to come to town, but if we just increased the talent pool in St. Louis, there are jobs waiting for people."

Terrence Bowen was one of those people.

Bowen got into development as a hobby, a way to make his job at FedEx Office simpler and more efficient. He'd use small, simple pieces of code to fix small problems at work, even if he didn't totally know what he was doing.

Continue reading to see how Launch Code set Bowen up with a dream job.