Launching a "Micro-Business" in St. Louis Could Get Way Easier Thanks to Reform Bills 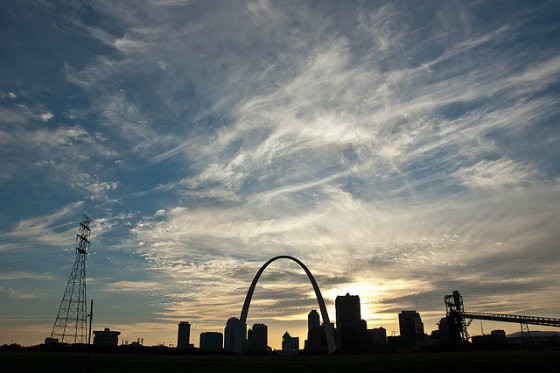 Photo Courtesy of Flickr/Dave Herholz
A package of three bills being introduced at City Hall would significantly overhaul its business regulations.

Yet in October 2013, when Miller applied at St. Louis City Hall for a conditional use permit to open a tattoo studio in Benton Park West, the artist had to obtain a map of her block. She had to identify all neighbors within 500 feet of her front door. She had to type their names into a spreadsheet. And mail them postcards. And collect their signatures. And sit through hearings.

"There was no guidance," she told Daily RFT. "They got to know me at City Hall."

The reason: Tattoo parlors once had a shady reputation, so the city heavily regulated them. Even though that's no longer the case, the ordinance stands and bureaucrats enforce it.

Miller, 31, was just the latest victim of Title 8, St. Louis' archaic business code, which regulates everything from arcades and bathhouses to massage parlors and miniature pony tracks. Miller's tedious eight-month quest to comply with Title 8 drew the sympathy of a staffer in Mayor Francis Slay's office, and has since inspired a package of reform bills on their way to the Board of Aldermen that, if passed, will make life easier for entrepreneurs.

Planting and growing a small business, City Counselor Winston Calvert tells Daily RFT, "shouldn't be as hard as it is."

As Slay's Deputy Chief of Staff Patrick Brown tells it, one catalyst for reform was the "Let's Talk" forum convened in August 2013 by Jack Dorsey, the native St. Louisan and co-founder of Twitter and Square. Inside the Casa Ballroom in Gravois Park, Slay shared the stage with four young entrepreneurs from the area. Dorsey asked them to "be provocative" and inquired: "What can the city do better to support local businesses?"

"How long do I have?" joked Sump Coffee's Scott Carey, eliciting applause from the crowd.

Pete Wissinger of Whisk Bakery bemoaned the Kafka-esque bureaucracy at City Hall. "We never talked to one person who knew the answer to more than one question," he said.

Next: Making it happen at City Hall