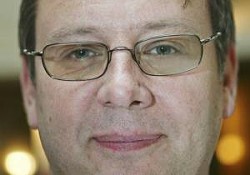 Ahti Vilppula made his millions in media and metals in Europe.
It reads like the plot to a James Bond flick. New complaints added to a federal lawsuit in St. Louis suggest that a Finnish businessman with alleged ties to organized crime in Europe and the Middle East is attempting to gain control of a mine full of rare earth elements in southern Missouri.

The suit, first filed in July, alleges that St. Louisan Jim Kennedy and his wife Nina Abboud secretly negotiated to sell the Pea Ridge Mine in Sullivan, Missouri, without seeking required permission from their business partner, Thayer Land Development.

In court filings last month, Thayer claims it has now identified the intended the new owner of the mine: Ahti Vilppula, identified as a "notorious overseas oligarch" who "has been under investigation by international law enforcement relating to his various involvements with insider trading, election fraud and other activities."

Kennedy purchased the abandoned iron mine in 2001. A few years later he made headlines with a controversial plan to process iron-ore from the mine in Crystal City. But before that could happen, Kennedy needed to get the old mine back in operation, so he contracted St. Louis-based Aberici Constructors to work on the site. 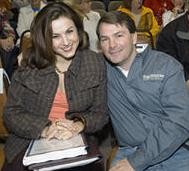 Photo: Jennifer Silverberg
Nina Abboud and Jim Kennedy in 2007.
The construction company allegedly provided $7 million worth of work on the project. When Kennedy couldn't pay Alberici for the work last summer, the construction firm took an equity stake in the mine. Later Aberici sold some of its interest to Nevada-based TTT Acquisition Corp. and called its combined stake "Thayer." (It's unclear what percentage of Thayer is owned by Aberici and TTT.)

Thayer now alleges that Kennedy tried to secretly sell the Pea Ridge Mine earlier this year without its approval to a company called PRM that is controlled by Vilppula. The suit claims that Vilppula is now trying to recruit other unsavory international investors including the "Kazakh Trio" -- a group of financiers said to control Kazakhstan and suspected of money laundering and organized crime. Vilppula, meanwhile, currently resides in England, in a mansion reportedly worth tens of millions of euros, and can be seen driving through London in his Bentley and Ferrari, according to the lawsuit.

On September 1, a judge in Washington County court entered a preliminary injunction ordering that Kennedy cease any transaction with Vilppula. In its federal case, Thayer now accuses Kennedy of interference of contract, breach of fiduciary duty, and intent to defraud. The suit further suggests that transferring a mine of rare earth elements to unsavory businessmen could affect national security as the compounds can be used for weapon systems.

Attorneys for Kennedy, meanwhile, deny that his Pea Ridge Mining LLC has entered into a contract with Vilppula, much less that it has breached any contracts with Thayer. Neither Kennedy nor attorneys for either side immediately returned calls for comment.

A hearing on the case is slated for Thursday. 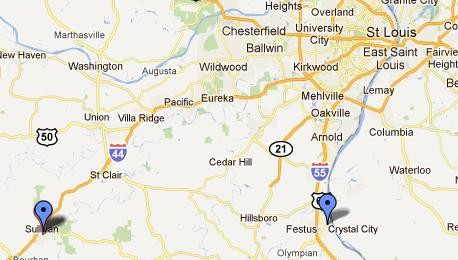 Pea Ridge Mine in Sullivan lies approximately 55 miles west of Crystal City, where Kennedy planned to process the iron-ore extracted from the mine.

Correction: This article originally described the Pea Ridge as originally being a lead mine. It was actually an iron mine.