Former President of the Board of Aldermen Lewis Reed was a no show to a court-ordered deposition today, according to attorney Mark Pedroli.

"Has anyone seen former St. Louis Board of Alderman President Lewis Reed today because he definitely didn't show up for his court-ordered deposition," Pedroli wrote on Twitter this afternoon.

Pedroli is suing Reed as well as other former and current city officials over what Pedroli says were violations of transparency laws related to the failed effort to privatize St. Louis Lambert International Airport during Lyda Krewson's administration.

Late last month, Judge Jason Sengheiser denied Reed's request to not have to give a deposition. Sengheiser said that Reed must sit for deposition before this Friday.

Pedroli says that both sides had agreed today would be the day.

Attorney Scott Rosenblum is also listed in court records as Reed's attorney. Rosenblum tells the RFT that he "advised opposing counsel [Reed] would not be answering questions."

He adds, "I was under the impression the deposition would be rescheduled."

Pedroli says if that's true, then why did Kratky show up?

Even though the effort to privatize the airport when Krewson was mayor was a failure, Pedroli tells the RFT "That may have only been the first attempt of many to follow."

"What we're trying to do is establish the rules of the road," he says. "So that when someone comes for the second or third try they can't do it behind closed doors."

Reed, who helped spearhead parts of the exploration of privatization, has pled guilty to unrelated criminal charges of bribery. He is expected to be sentenced in December.

In another unrelated civil case, one focused on his use of Twitter, Reed declined to answer questions when called as a witness, invoking his Fifth Amendment right not to incriminate himself — something Pedroli might have assumed he'd do in this case, if only he'd shown up. 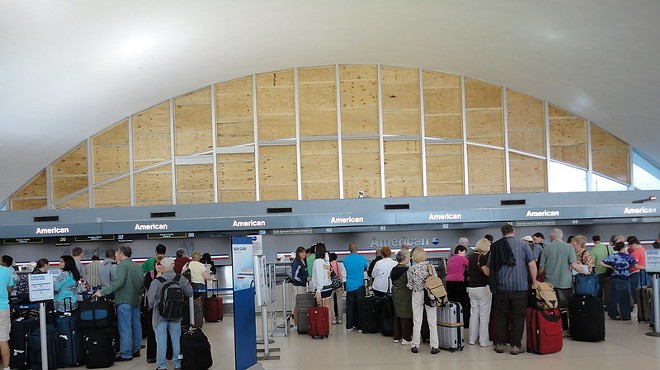