Life Lesson #723: Why You Don't Date the Child of a Cop Who Hates Your Guts 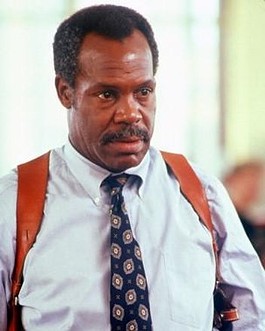 Get her home by 10 p.m. or ... you don't want to know.
Here at Daily RFT we generally discourage anyone from dating the children of police officers.

Best case scenario is the parent will be like the avuncular Danny Glover from Lethal Weapon. He (or she) will condone the relationship (after doing a thorough background search) but will never quite trust you and always be looking for you to make the slightest mistake.

Worst case scenario is that the cop will have you arrested and thrown in jail on bogus charges -- simply because he doesn't want you dating his son or daughter.

It's the latter that allegedly transpired this summer with Lt. Henrietta Arnold of the St. Louis police department.

According to a lawsuit filed in St. Louis Circuit Court yesterday, an anonymous teenage girl claims that Arnold arrested her for dating her son.

The arrest allegedly occurred at Arnold's home in north St. Louis County when the girl went to visit the boy on his request. The lawsuit claims that Arnold came home and arrested the girl in the county, but had her processed in the city.

The girl -- identified only as "S.L." -- further claims that Arnold's son beat her after she filed a complaint with internal affairs and that the she spent four days recovering in a hospital.

This morning police spokeswoman Erica Van Ross confirms to the Post-Dispatch that the department is looking into the "extremely disturbing" allegations made in the lawsuit and that Arnold has been placed on administrative leave.

S.L. is suing for unlawful arrest, false imprisonment and unwarranted search and seizure.