Local VFW Bans NFL Games from Its TVs; Others May Follow Suit 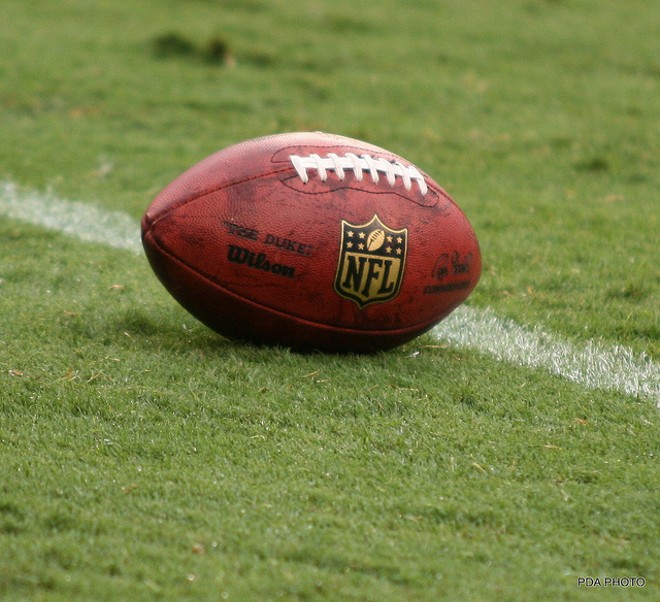 The
With the NFL under fire over players "taking a knee" during the national anthem to protest police brutality and racial inequality, the Veterans of Foreign Wars post in St. Charles has banned the NFL from its TVs — and a post in Arnold is weighing whether to do the same.

Post 2866, located at 66 VFW Lane in St. Charles, is one of several locations across the country to officially ban NFL games from its screens, according to KMOV.

The St. Louis Post-Dispatch reports that the post came to its decision at a meeting last Wednesday, with members voting to ban the games from the Club Room, the post's public bar. Post 2866 commander Paul Schmidt said in a press release that the ban will remain in place until the NFL and its players "show proper respect to our flag," according to the paper.

Schmidt said that the St. Charles VFW could lose $300 to $400 a week if people decide not to come in since the football games won't be on. But he says it's not about the money.

"The flag represents the United States of America, and it has nothing to do with what's going on in their minds or how they think the police are unjustly shooting their people," he said, according to the Post-Dispatch.

Schmidt says that games are not the proper venue for protest, and that he wishes demonstration would be reserved for places like the streets of St. Louis, which have been the site of numerous actions since the acquittal of ex-St. Louis police officer Jason Stockley on September 15.

Post 2866 in St. Charles is currently the only VFW post in eastern Missouri to ban NFL games, according to KMOV. But other locations are considering doing the same,including Post 2593 in Arnold.

The Arnold location will reportedly discuss the issue at its monthly post members meeting tonight, and has already decided to ban NFL games on its TVs on Veterans Day weekend. Up until this point, the Arnold VFW has been letting members decide whether to watch NFL games, with the game playing on perhaps one TV, Post 2593 club manager Jim Lorenz told KMOV.

"I am totally against it," Lorenz, who served in the U.S. Army for 30 years, told the TV station about the NFL protests. "I have not watched an NFL game as of yet."

NFL owners plan to meet next week to discuss revisions to a game manual that says players "should" stand during the national anthem, which leaves the action ultimately to the players to decide. NFL commissioner Roger Goodell said in a memo to teams last week that the league believes everyone should stand for the anthem.

"Like many of our fans, we believe that everyone should stand for the National Anthem. It is an important moment in our game. We want to honor our flag and our country, and our fans expect that of us," the memo read, according to nfl.com. "We also care deeply about our players and respect their opinions and concerns about critical social issues. The controversy over the Anthem is a barrier to having honest conversations and making real progress on the underlying issues. We need to move past this controversy, and we want to do that together with our players."