Looks Like Somebody Shot a Wild Wolf in Howard County

So first, we get mountain lions coming back, and now maybe wolves?

As the MDC tells it, a man was bowhunting for deer and coyote in Franklin Island Conservation Area in Howard County.

The hunter thought he saw a coyote, and killed it (which is totally legal; he had his permit). But then when he inspected it, he realized it might be a wolf. So he reported it to the MDC, who is now saying:

the animal was male and weighed 81 pounds. It did not have ear tags, tattoos, other identification or physical signs that would show it was a captive animal. [An MDC resource scientist] collected tissue samples and the animal's DNA will be used to confirm the species and possible origin of the animal. 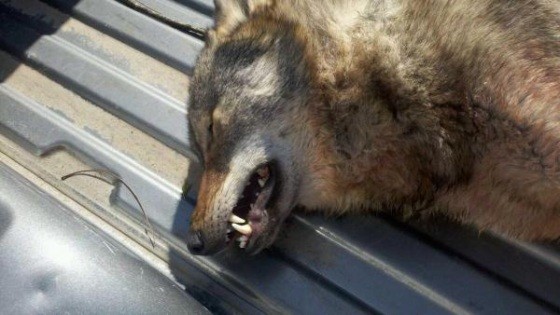 The end of the MDC's release contained a curious clarification:

MDC has never stocked wolves and has no plans to restore them to Missouri.

Well of course not. But some Missourians believe that? How often does MDC hear about such suspicions? We just e-mailed MDC spokesman Jim Low, who quickly responded:

Not that often, really. A small number of people in Missouri and everywhere apparently enjoy believing that government agencies secretly stock dangerous wildlife in inappropriate places. This seems especially true with species that turn up occasionally on their own, such as wolves and mountain lions. Those who insist on believing such conspiracy theories are vocal and persistent, however, so their visibility is out of proportion to their numbers.

I think some of this is attention-seeking behavior. In other cases, it seems to be more self-hypnosis where people convince themselves - despite the lack of evidence - that government agencies are up to all sorts of secret mischief.