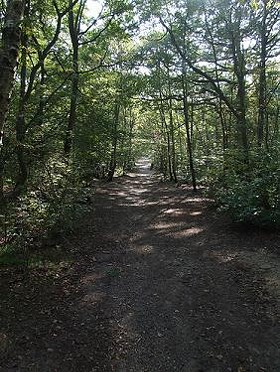 flickr.com/photos/elsie
Wait...where the hell am I?
This is how sturdy Missourians are: Louise Edna Parker, 87, of Branson, went missing Monday but turned up Wednesday after 48 hours of wandering around lost in a forest. Writes the News-Leader of Springfield:

she had gone hunting for flowers in the woods then slipped on leaves down into a ditch. After initially sitting for some time, thinking she was hurt, Parker told police that she eventually realized she was okay and spent a long time climbing up out of the ditch to retrieve her purse. When she did, Dalton said she got turned around.

Enjoying the walk? Eighty-seven years old and all alone?

Maybe we're a bit goofy, too. But by gum, we're sturdy.