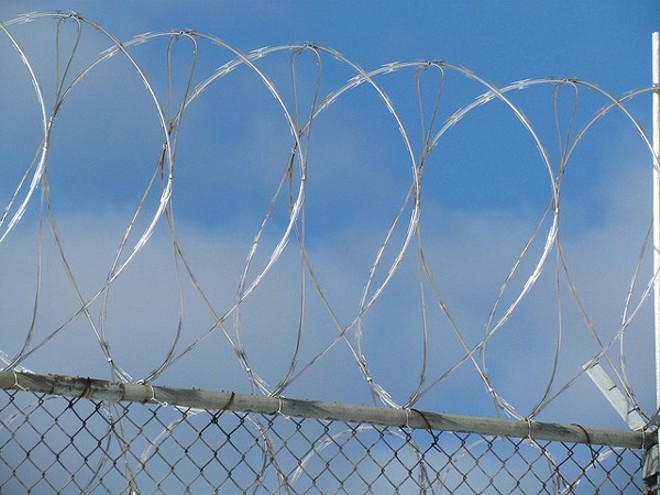 FLICKR/KATE TER HAAR
Multiple corrections officers have been assaulted during staffing shortages in the pandemic.

“There’s nobody working there,” he says. “They’re either empty slots or out on COVID.”

In an interview with the RFT, Cutt referenced several housing units in prisons across the state that are only being staffed by one corrections officer per shift.

“You got to remember that the inmates live in these prisons, and they know exactly what they can get away with,” Cutt says.

On Sunday, November 8, two corrections officers, a man and a woman, were stabbed with a “prison-made weapon” while working at the Eastern Reception and Diagnostic Corrections Center in Bonne Terre.

A few days prior, on November 5, a corrections officer was attacked by an inmate from Western Reception and Diagnostic Corrections Center who was being treated at St. Luke's hospital in Kansas City. The inmate struck the corrections officer in the head and attempted to flee through a drop ceiling in a bathroom. The officer required ten staples to his head.

The week before that, on October 28, a corrections officer at Missouri Eastern Correctional Center in Pacific was attacked in a supply closet by an inmate who was hiding inside of it. The official media alert by the MODOC said that the inmate who perpetrated the assault was caught only a few minutes later during an escape attempt, but the alerts didn’t say how much longer it took for officers to realize a staff assault had also taken place. Cutt claimed the assault went unnoticed for an hour, during which time the officer lay unconscious in the supply closet. The MODOC contacted the RFT after the story's publication stating that regarding the October 28 assault in Pacific, the offender and the officer in the supply closet were discovered at the same time.

Cutt said that the assault in Pacific happened during a shift change and that staff should have realized sooner that the officer’s radio, handcuffs and keys had not been returned. The officer who had been attacked was only discovered, Cutt says, when an officer on the evening shift happened upon the supply closet.

In order to combat the staff shortages, Division of Adult Institutions Director Jeff Norman issued a memo stating that starting on Monday sergeants, captains and lieutenants in the MODOC have been added to the department’s “mandatory overtime list” in addition to the regular corrections offices already required to work overtime. Earlier in the month, Potosi Correctional Center switched their correction officers to twelve-hour shifts to try to compensate for low staffing there. Multiple former employees now associated with MOCOA say that many prisons in the state are as many as 50 correctional officers short. Fox 2 News reported earlier this month that vacant positions in the department have risen to nearly 900 since June and management at the prison in Bonne Terre “reportedly locked doors on [staff] trying to leave their shifts.” (In an email following publication of this story, a MODOC spokesman called that account "absurd.") In need of new officers, the department had a “drive thru” hiring event earlier this year.

“Missouri’s offender population has dropped significantly since its peak in 2017, alleviating some strain, but the staffing shortage persists,” MODOC spokesperson Karen Pojmann wrote in an email. Pojmann went on to say that, “although staffing levels certainly can affect safety,” low staffing levels aren’t to blame for assaults. She says that assaults are actually down in the fall compared to the summer and that “the average 2020 assault rate is five times lower than the 2016 rate.”

Specifically about one of the recent assaults, she said, “It’s not clear… how the staffing level at a prison would have any bearing on an incident that took place at a medical center.”

Regarding who is committing the assaults, Pojmann told the RFT that less than one in a hundred inmates commit assaults or have inappropriate interactions with staff of any kind. Slightly over half the assaults, she said, are committed by inmates who have been “diagnosed with serious mental illness.” She added, “While the vast majority of incarcerated Missourians cooperate with staff and take part in pro-social activities, many struggle to control their impulses, and some have a history of violent behavior that continues during incarceration.”

Eric Burch, formerly a unit manager at Farmington Correctional Center, says he brought about 150 new employees into the department before he was fired in April of last year.

In November 2017, Burch had been with the MODOC for 22 years and was also serving on a hiring committee when his supervisor on that committee told him about a new program to help grow the head count in the short-staffed department. If a current employee referred a new employee who completed training and joined the ranks of the MODOC, the employee who made the referral would get a $250 bonus.

Burch, a self-described “company man,” was worried about staff levels at the time and with the new referral program saw both dollar signs and an opportunity to help the challenged prison system that he truly wanted to see turned around.

“We were told to get creative and think outside the box,” Burch says. “We needed boots on the ground, and we needed to get them hired on as quickly as possible.”

He posted job openings to Facebook groups focused on towns and counties near prisons, eventually becoming active in more than 200 such groups. He included in his posts step-by-step instructions on how to apply. He created an even more detailed set of instructions for the less-than tech savvy. When he realized that the department wasn’t posting open positions to the job search site Indeed, he began doing that, too.