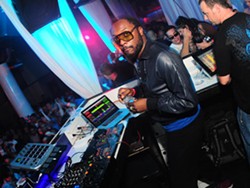 "We appeared in City Circuit Court this morning on Lure's petition for preliminary and permanent injunction. The Court dismissed the petition against the Partnership for Downtown St. Louis and Maggie Campbell, its President and CEO.  Therefore, the temporary Restraining Order which was initially issued on Friday has been set aside," the partnership said in a statement.

The owners of Lure Nightclub and their attorney, former St. Louis mayor Freeman Bosley Sr., are in court this morning trying to block a petition drive aimed at closing down the Washington Avenue hot spot.

On Friday a St. Louis judged issued a temporary restraining order against the Partnership for Downtown St. Louis, which is organizing a petition drive to close down the nightclub.

In recent months, downtown residents and city officials have blamed Lure patrons for a series of fights and shootings associated with the nightclub's Thursday hip-hop nights. Lure, meanwhile, believes it's being targeted solely because it caters to an African-American clientele each Thursday.

At a meeting with Lure principals and Daily RFT this month, Bosley questioned the motive behind the petition.

As Bosley sees it, Lure (and other downtown businesses) support the Partnership for Downtown St. Louis and its Community Improvement District through their tax dollars.

"And now these same people are trying to close them down?" questioned Bosley. "It doesn't make sense."

We'll let you know later this morning what happens at today's hearing to determine whether the restraining order remains in effect.