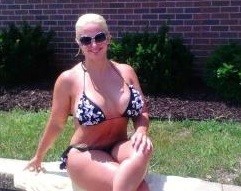 Madelyn Sheaffer's bikini may be too revealing for Independence -- but she probably won't have a problem in Maui, Hawaii.

Sheaffer, a 43-year-old woman who has received international attention for her story, has in fact moved to Hawaii -- just weeks after Adventure Oasis Water Park, owned by the city of Independence, kicked her out because they apparently thought her bathing suit was inappropriate.

"I do love the Midwest. I've been a Missouri girl all my life," Sheaffer tells Daily RFT by phone from Maui. "But there is a sort of oppression there that you don't find in a lot of parts of the world. To be kicked out of a water park for wearing a swimming suit, that is sort of a Midwestern thing. That's not going to happen in Hawaii."

See also: - Missouri Woman Kicked Out Of Water Park Because Her Bikini Is Too Revealing? - Bare As You Dare: Take Off Your Clothes Tonight And Talk About Body Image - Breastfeeding: Sen. Rob Schaaf Proposes Bill To Protect Moms, Nursing In Public

Sheaffer did not decide to leave Missouri and move to Hawaii directly as a result of the controversy at the public pool on July 2. She tells us she has been considering this change for a while -- but the timing now feels especially right.

Here's another look at the outfit she was wearing that day, which was really just a regular 'ole bikini! 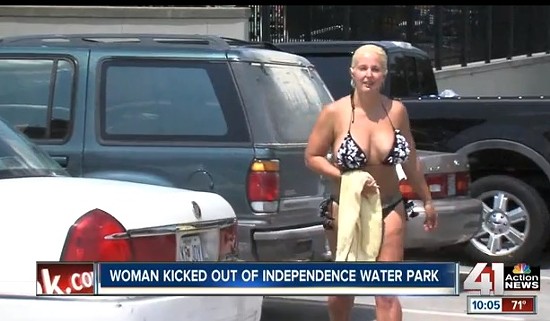 According to Sheaffer -- who most recently had a lengthy profile story published in the New York Daily News -- she was at the pool with her 68-year-old mother, 14-year-old daughter and three young nieces and nephews when two teenage female employees told her she needed to cover up or leave.

She refused, and eventually the police came and escorted her out. Enraged, she called local news media and within a few days the story had gotten attention across the globe. (Independence city officials and reps from the private company that runs the pool did not respond to Daily RFT's requests for comment at the time.) 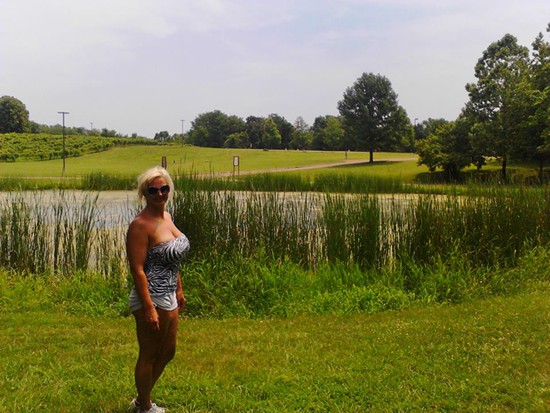 Now, Sheaffer has thousands of followers on her Facebook page where she posts updates on her life -- most recently about her move to Hawaii this week.

"Being landlocked, I've always wanted to live by the ocean," says Sheaffer, who has worked as a librarian and in other office jobs and hopes to find employment in Hawaii. "I got married at nineteen and had three kids. I lived a very conservative, non-adventurous life."

Sheaffer, who considered moving after her divorce, says she's at a point in her life where it makes sense to try something completely new. "I've got a window of opportunity."

Plus, she says of Hawaii, "It's absolutely beautiful." 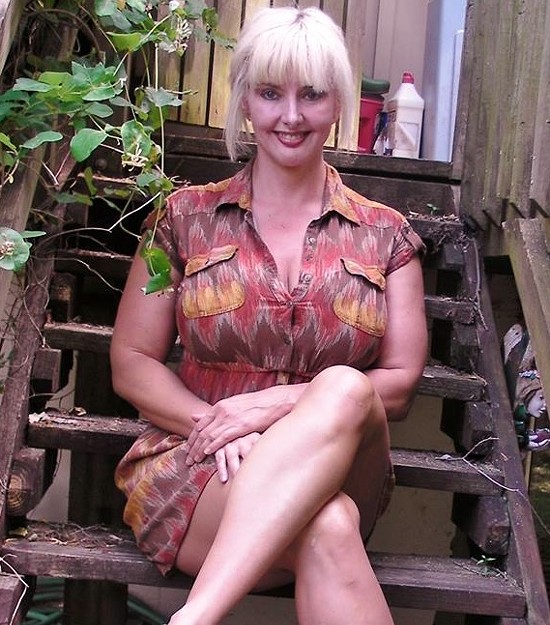 She's vacationing with her family there now but plans to stay for at least three months -- and ideally a lot longer.

In the Midwest and in much of the United States, she says, "We have this sort of conflict -- being told that sex is bad and the human body is shameful, but buy this, it will make you sexier!"

"I'm past all of that," she continues. "There's something about getting older.... I'm not going to be embarrassed or ashamed." 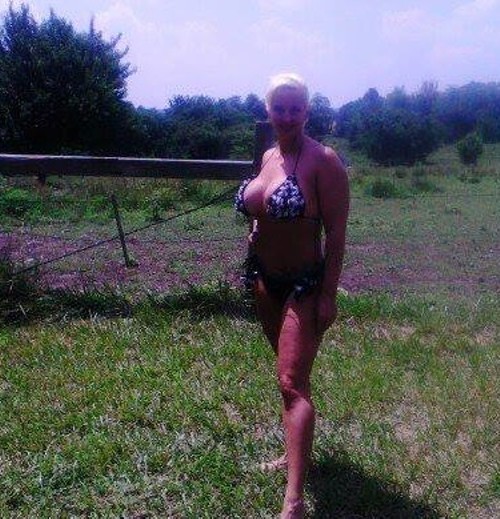 She has written on Facebook about her past anxieties related to body image and notes that she only really felt comfortable about herself very recently -- which is partly why she took a stand at the water park.

She says she has not talked to officials at the water park, but hopes, as she has outlined on her page, that they might consider a more well-defined clothing policy that doesn't lead to the kind of unfair discrimination she feels she faced that day.

Feedback has been great, she says.

"I don't need people's approval to make me happy...but when you get it, it sure feels nice," she says, adding of her story, "It touches a nerve with people. We're tired of being told we're not perfect, or we're not good enough or only wear a bikini if you look absolutely fabulous."

Continue for more commentary from Madelyn Sheaffer and for a video interview.