Maggie O'Brien's Robbery an Inside Job; Employee Tipped Off Men Who Shot Bartender

St. Louis police announced this morning a fourth suspect in the June 1 robbery at Maggie O'Brien's that left bartender Michael Dolan and one of the thieves, Derrick Bell, dead from gunshot wounds. 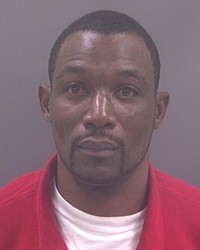 Stephen Hornbuckle
The suspect is Stephen Hornbuckle, a ten-year employee at Maggie O'Brien's, who police say was extensively involved in the planning of the robbery. Hornbuckle, 35, of East St. Louis, was arrested Wednesday as he showed up to work at the downtown bar.

According to police, Hornbuckle provided information regarding the business to Derrick Bell, including the location of cash drawers, the persons in charge of the cash, the amounts of cash that could be expected to be on hand, the location of possible exits and the best times to perform the robbery.

During that call, Hornbuckle provided Bell and Mosley information about the people who were working inside the bar at that time. Police believe that Mosley accidentally shot Bell during the robbery after Bell shot bartender Michael Dolan. Both Dolan and Bell later died from their wounds that night at a hospital.

The St. Louis Circuit Attorney's Office issued warrants against Hornbuckle for two counts of second-degree murder (for victim Michael P. Dolan and suspect/victim Derrick Bell), four counts of armed criminal action, one count of first-degree robbery and one count of attempted first-degree robbery. Just as with the other two suspects who were arrested (Mosley and driver/lookout Jacson Baker), a St. Louis City Circuit Court judge ordered Hornbuckle be held on a $1 million cash-only bond.