Man Chased by Car, Then Shot, in West End 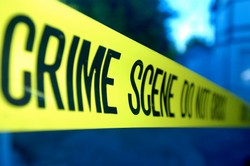 An 18-year-old walking in the West End last night escaped serious injury despite being chased by a car and being shot at by the driver. The victim told police he was walking in the 1100 block of Union Boulevard at 10:45 p.m. when a dark green or black vehicle, possibly a Ford Taurus, began following him.

The car cut in front of him and the driver exited with a gun in hand. The victim then ran across the street and attempted to climb a fence while the driver pursued him, knocking him off the fence.

The victim told police that while he was stretched out on the ground the driver fired two shots at him, then fled. He was treated at the scene for a scraped knee and a possible graze wound to the left ankle.

The suspect is described as a black man in his late teens, wearing a dark blue uniform shirt and khaki pants. Police continue to investigate the incident.