Detainee's death is second in 2 months at City Justice Center 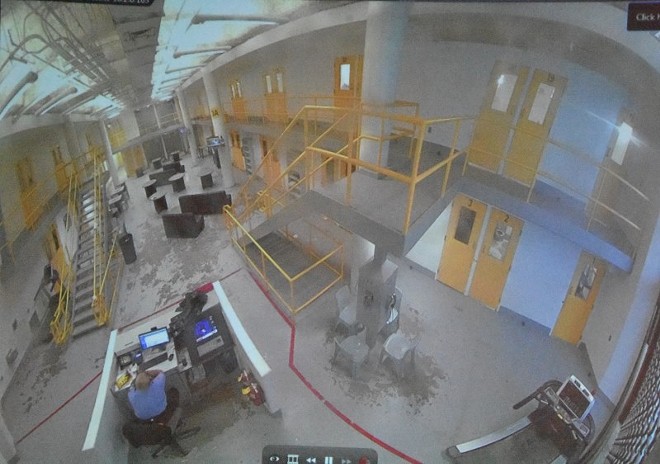 DOYLE MURPHY
A photo of the surveillance camera monitor shows the inside of the City Justice Center.

A man died yesterday afternoon at the St. Louis City Justice Center after fellow detainees found him unresponsive in his cell.

St. Louis City Commissioner of Corrections Jennifer Clemons-Abdullah said in a statement that staff called 911 at 3:47 p.m. The detainee was taken to a local hospital and passed away at 4:38 p.m.

Clemons-Abdullah went on to say that the health and safety of detainees is a "top priority."

Her statement did not give the deceased man's name or cite a cause of death.

The incident is under investigation. It is only the latest death at the facility.  A 50-year-old man about to stand trial for kidnapping and sodomy charges collapsed and died at the jail in April. Last month, another detainee died of an apparent suicide in the facility.