Man Sang "Ain't No Rest for the Wicked" As He Strangled Victim to Death, Prosecutors Say

You can't make this stuff up.

Back in January 2011, we reported on the search for a missing teenager named James "J.J." Willman, a nineteen-year-old from Woodson Terrace, who had been missing since November. Two months later, his badly decomposed body was found in the woods in north St. Louis County. An Overland teen named Keith Meiners, an acquaintance of Willman, was subsequently charged -- and his trial is moving forward this week, with some truly shocking details.

For one, prosecutors say that back on November 27, 2010, Meiners sang a song while standing on Willman's neck, applying pressure until he could no longer breathe.

This horrifying detail comes from the Post-Dispatch, which is covering the trial in court this week.

The last words that Willman heard were lyrics to "Ain't No Rest for the Wicked," a song by rock band Cage the Elephant, prosecutors said yesterday. Meiners, now 21, allegedly confessed this unbelievable detail to others and said to a friend after the homicide: "Took care of my problem." 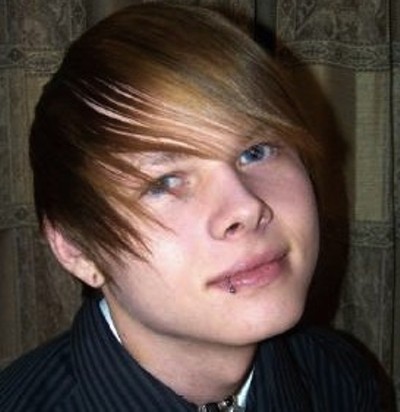 Willman's body was found in a conservation area off Columbia Bottom Road more than three months after the killing -- and about two miles from where the victim's abandoned car was found at an I-270 rest stop.

The paper reports that Meiners, according to authorities, believed that Willman had given his girlfriend a sexually transmitted disease.

On the night of the killing, Meiners had reportedly asked Willman to join him at a party and then gave him a drink with crushed painkillers in it. A witness watched the strangling and reported that Meiners was "filled with rage."

It appears that the defense attorney for Meiners plans on trying to cast doubt on the key witness' testimony. In his opening statement, the P-D says, he referenced inconsistencies and said, "This man can make up details that just aren't true."

The trial is continuing today.