The Reveal of the Appeals 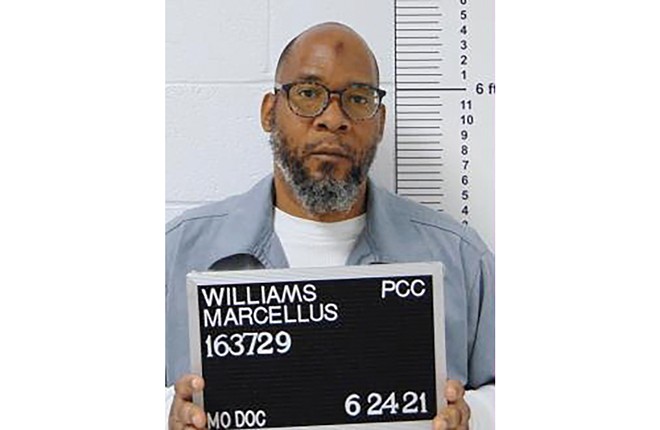 The appeals process began shortly after Williams' conviction. His appellate lawyers, Kent Gipson and Laurence Komp, challenged the trial, the conviction and the sentence. They argued that newly uncovered evidence cast further doubt on Williams' guilt.

The Missouri Supreme Court denied Williams' appeal in 2003. Two years later, in 2005, the same court denied a second appeal. In 2008, a federal judge in St. Louis denied his claims, too.

Gipson and Komp then asked the U.S. Supreme Court to order the Missouri Supreme Court to hear new evidence in the case. The petition gave several justifications for the request, including the denial of "post-conviction discovery" requests that "sought further DNA testing to help establish his innocence."

Williams' lawyers included evidence about Debra McClain — a woman murdered just one month before Gayle in the adjoining suburb of Pagedale in a strikingly similar way. McClain was also stabbed repeatedly, also with a weapon that came from her own kitchen. In both cases, the assailant left the weapon behind.

The lawyers felt that comparing DNA evidence related to the unsolved murder with forensic evidence from Gayle's killing might prove Williams' innocence. Their request was summarily denied.

Then, in January 2015, the Missouri Supreme Court delayed Williams' execution to allow for further DNA testing. In an interview with the St. Louis Post-Dispatch, Gipson expressed his desire that DNA testing and "comparison of any resulting DNA from the Pagedale murder, could reveal evidence that would prove Williams innocent."

Gipson and Komp also alleged misconduct on the part of prosecutors — and defense lawyers who failed to do their jobs. They noted that Williams' trial lawyers hadn't fully vetted the witnesses against him. The pair had admitted they weren't prepared for the trial. In fact, they wrote, one defense attorney had sought to push Williams' trial back because he was involved in another capital murder case just one month before.

As for the prosecutors, Gipson and Komp noted that they only turned over arrest and conviction records for Cole and Asaro two days before the trial started. They also failed to disclose information and records — including drug treatment, mental health, and prison and jail records — that could have cast doubt on the witnesses' testimony.