The Advent of DNA Evidence 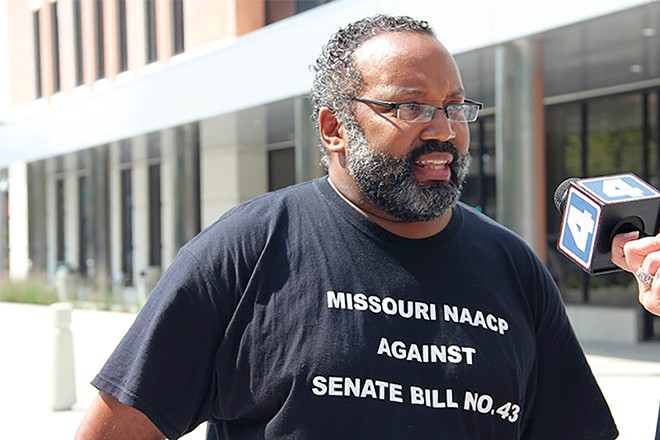 It was a decade before Gayle's murder that DNA technology was first introduced as evidence in court cases. With it, forensic genealogists and practitioners were able to help solve criminal cases that had gone cold. They also found hundreds of innocent people who'd been wrongfully convicted.

Tricia Rojo Bushnell, executive director of the Midwest Innocence Project, has spent more than 15 years working on wrongful convictions as both an attorney and law professor. Last year, while serving as an expert witness in a Kansas City death-penalty case, Bushnell addressed how DNA-based evidence has shaken the system. A total of 551 people sent to prison have now been proven innocent thanks to DNA analysis, she wrote.

Even so, she said, in many cases DNA isn't available — and the legal hoops to get to exoneration entail a costly, complicated process. Since that first DNA-based exoneration in 1989, nine people have been executed for every exoneration.

Experts believe many more innocent people are serving time. Bushnell refers to the number of wrongfully convicted people still in prison as a "dark number" — there's no way to know just how many people fall in that category. A study published in the National Academy of Sciences that she finds credible suggests it's likely around 4.1 percent of all death-penalty cases.

Williams' lawyers have sought to show that he's in that number.

The appellate lawyers retained experts to examine forensic evidence from the murder victim and her residence. The experts concluded that DNA testing conducted in December 2016 on the murder weapon actually excluded Williams as the contributor of the male DNA found on the knife.

One of those experts, biologist Greg Hampikian, graphically explained how DNA is transferred during a murder like Gayle's.

The DNA on the knife "isn't enough to incriminate someone, but it is enough to exclude somebody," Hampikian said. "It's like finding a Social Security card with some blurred numbers. There's still enough there to at least exclude someone."

Further complicating the prosecution narrative, the bloody footprint found at the murder scene was a different size than Williams' shoe. Hair fibers found at the scene weren't Williams', Gayle's or her husband's.

Even so, prosecutors insisted the non-DNA evidence — the laptop and the witness testimonies — was enough to carry out Williams' death sentence.

In an interview with Al Jazeera, Gipson succinctly summed up the case for his client's innocence:

"There is no physical evidence, no eyewitnesses that directly connect Williams to the murder, the DNA on the weapon wasn't his, the bloody footprint at the murder scene wasn't from Williams' shoe and was a different size, and the hair fibers found weren't his.

"It was someone else that killed Gayle, not Williams," Gipson said.