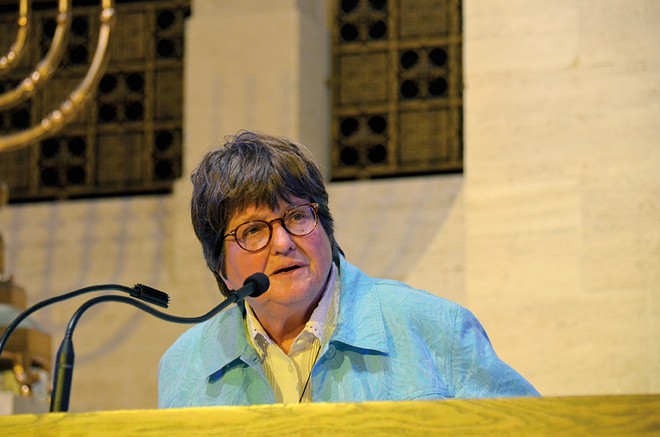 It's been five years since Greitens postponed the execution of Marcellus Williams, and yet his life still hangs in limbo. The board of inquiry submitted its findings to current Missouri Governor Mike Parson in July 2021, but he has taken no action.

Given the gravity of the case, Spinden says he's not shocked that it's taken Parson so long to act.

"I can't say I'm entirely surprised. There's not a great deal of precedent or experience with this process," he says. "There was a complex set of facts that took us several years to wade through. So, it doesn't surprise me that his decision has been delayed."

Due to state law requiring information gathered by the board be held "by it and the governor in strict confidence," Spinden declined to comment on the board's findings.

Parson's office did not respond to questions about the inquiry's status.

Michelle Smith, director of community outreach and advocacy for Missourians for Alternatives to the Death Penalty, suspects Parson's nonaction is politically calculated.

"That honestly is a political stand," Smith told St. Louis Public Radio in August, adding, "Because you honestly want to come off as someone who is tough on crime, and who is going to make sure that people convicted get their punishment."

Although "politics" is the job of politicians, Smith said that "justice" should be another political requirement:

"When an error or a mistake comes to light, it is also part of their job within justice to make sure that there aren't innocent people sitting in prison."

Smith's comment speaks to the complications of a system that is perfectly capable of sentencing innocent people to death.

Eighteen people are currently living under death sentences in Missouri, six of them from St. Louis County. Since 1989, four persons have been exonerated from Missouri's death row; in that same time, 92 have been executed. Of those, 35 people — or 37 percent — were Black, even though African Americans only comprise 11 percent of the state's population.

One well-known Missouri case is that of Larry Griffin, a Black man found guilty of a 1980 drive-by murder in St. Louis. The state's key witness would later admit he wasn't sure if Griffin was even in the car for the shooting. Griffin was executed in 1995, prompting the NAACP Legal Defense and Educational Fund to declare, "Missouri executed an innocent man."

Harkening back to the question of who is qualified to cast stones, it is reasonable to address the possibility of wrongful executions in Missouri and throughout the nation. Prejean spoke to this topic in her book.

"If we believe that murder is wrong and not admissible in our society, then it has to be wrong for everyone, not just individuals but governments as well," Prejean wrote.

Prejean challenged people to question whether an imperfect justice system should have the power to take individuals' lives — "whether we can continue to allow the government, subject as it is to every imaginable form of inefficiency and corruption, to have such power to kill."

In this nation, we tolerate with pretense. We pretend there is no unconscious or intentional bias in death-penalty cases, and ignore that prosecutors and judges are capable of letting those biases overrule justice. We invent justifications for a system where witness testimony can be conveniently arranged to achieve a predestined conclusion.

Marcellus Williams remains in limbo, his death sentence on the books, the government holding his life in its hands. This takes us back to where we began this story and emphasizes a still unanswered question:

Who amongst us is qualified to cast the first stone?

For more on the River City Journalism Fund, which provided funding for this project and seeks to support local journalism in St. Louis, see rcjf.org.