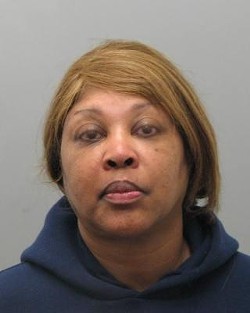 As first reported in Daily RFT back in February, a grand jury this spring heard allegations that a Show-Me Institute employee had embezzled "substantial" amounts of money. Those charges have now entered the St. Louis County Court with Marcia Jackson, of the 1000 block of Redemption Way in Florissant, accused of one count of felony stealing over $25,000 and 24 separate counts of fraudulent use of a credit device.

According to the indictment obtained by Riverfront Times, Jackson's misuse of the Show-Me Institute credit card went on for a full two years before the agency caught on to the ruse.

The fraud continued unabated each month -- according to the indictment -- with Jackson placing multiple personal expenses on the credit card. Among some of the most egregious:


Jackson's attorney, Scott Millikan, confirms to Daily RFT that the total charges add up to at least a couple hundred thousand dollars. Millikan says that he's meeting with prosecutors next month to go over the case.

"We're still in the middle of discovery," says Millikan. "We're still a few months away from going to trial or deciding where we want to take it."

Crosby Kemper III, chairman of the Show-Me Institute, could not be reached for comment.