When advocates of marijuana legalization in Missouri successfully get a measure on the ballot to end pot prohibition -- voters of the state will support it.

So says new polling data released by advocacy group Show-Me Cannabis Regulation, which says that the legalization of pot could pass as early as 2014 in Missouri, with even better odds in 2016.

"This is going to happen within the next presidential election cycle, not just in Missouri, but nationwide," John Payne, executive director of Show-Me Cannabis, tells Daily RFT. "That's going to put tremendous pressure on the federal government."

What percentage of Missourians support regulation?

The polling data, which Show-Me Cannabis released yesterday, says that a majority of Missouri residents support legalizing, taxing and regulating marijuana like alcohol. Last election, Colorado and Washington successfully passed similar measures and are currently in the process of implementing legalized, recreational pot.

The poll -- conducted by DHM Research and commissioned by the National Cannabis Coalition on behalf of Show-Me Cannabis -- found that 50 percent of respondents support legalization, 45 percent oppose it and five percent are undecided. 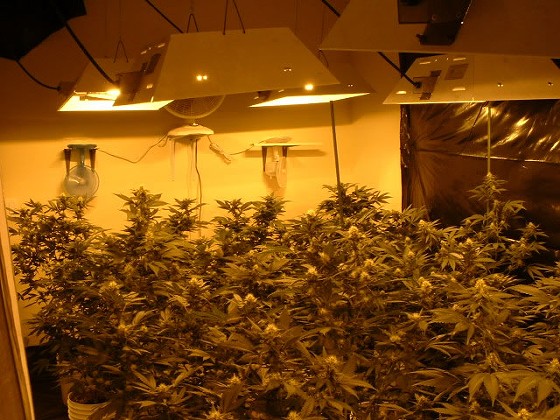 After the initial question, the 500 likely 2014 Missouri voters that participated in the polling were given more details about the legalization proposal here and presented with pro and con statements -- which apparently increased support to 54 percent.

Show-Me Cannabis points out that these results are consistent with other recent polls on the subject, with Gallup, for example, finding that just over 50 percent of Americans support legalizing pot -- and 54 percent backing the concept in the midwest.

Continue for more details on the polling and a potential Missouri legalization campaign.

The general thinking, he notes, is that a ballot initiative will be successful if there's at least 60 percent support in polling, since that number can drop on election day at the polls. But Payne notes that this poll asks voters about a specific ballot measure -- which tends to get lower support than general legalization questions -- and still got a majority of yes votes. 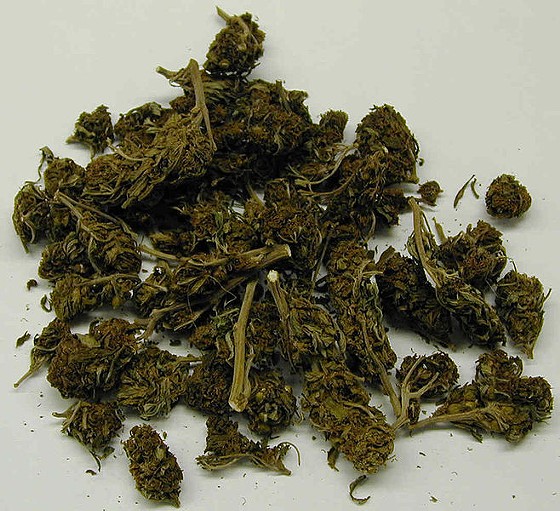 Payne is also hopeful that the campaign in Missouri would succeed in 2016, when there are more younger voters casting ballots for the presidential race. Those who vote in 2014, he says, are individuals "who vote all the time and tend to be older -- and that is not our demographic. 2016 is a much better bet."

Scientific poll is consistent with other surveys

SAINT LOUIS, MISSOURI - 03/25/2013 - On Monday, Show-Me Cannabis Regulation released polling data showing that a majority of Missourians support legalizing, taxing, and regulating marijuana like alcohol. The poll, conducted by DHM Research, surveyed 500 likely 2014 Missouri voters. Participants were asked if they would support a ballot measure nearly identical to the one that Show-Me Cannabis Regulation attempted to place on the ballot in 2012.

50 percent of respondents supported such a measure, 45 percent opposed it, and five percent were undecided. After the initial test, participants heard more details about the proposal and were presented with an equal number of statements of support and opposition. This process increased support for the proposal to 54 percent.

These results are consistent with many other recent polls on the subject. In October 2011, Gallup found that just over 50 percent of Americans supported legalizing marijuana, with 54 percent support for the idea in the Midwest. A May 2012 poll by Rasmussen Reports showed 56 percent of voters nationwide in favor of legalizing and regulating marijuana. Finally, a Public Policy Polling survey from December 2012 -- a month after voters in Colorado and Washington approved legalization ballot initiatives -- found 58 percent of Americans think marijuana should be made legal. These polls indicate a strong and rapidly growing level of support for legalization.

"This poll confirms that support for legalizing and regulating cannabis like alcohol continues to grow, and that is just as true in Missouri as it has been in Colorado," said John Payne, executive director of Show-Me Cannabis Regulation. "As people learn more about the issue, they are more likely to see that prohibition has failed and that we need a new approach. With two states showing the world that a legal, sensibly regulated market in cannabis works, I expect that this trend will not only continue but accelerate."

Because it was designed to reflect the opinions of likely 2014 voters, this poll likely understates support for legalization among Missouri voters. "What we are discovering from analysis of polling from around the country is that when voters are drawn from a broader group, such as likely 2016 voters, the level of popular support for legalizing and regulating cannabis jumps by between 5 to 10 percent," said National Cannabis Coalition Director of Research and Show-Me Cannabis Regulation board member Abhi Sivasailam. "Presidential elections dramatically increase voter turnout, especially among younger voters, who overwhelmingly support reform."

The rising support for cannabis law reform is reflected in an unprecedented level of legislative activity, throughout the nation and here in the Missouri General Assembly. A larger number of Missouri reform bills are presently pending than ever before. House Bill 512 would reduce penalites for possession; House Bill 511 would allow for expungment of misdemeanor cannabis convictions; and House Bill 688 would allow voters to legalize medical use with a doctor's approval. Senate Bill 358 would allow Missouri farmers to again grow a hemp, a very low potency form of cannabis. The hemp bill is set for a hearing in the Senate on Tuesday.

The poll was conducted in September 2012 and was commissioned by the National Cannabis Coalition. It has a margin of error of 4.4 percent....

Show-Me Cannabis Regulation is an association of organizations and individuals, who believe that cannabis prohibition is a failed policy, and regulating and taxing cannabis in a manner similar to alcohol would better control the production, distribution and consumption of cannabis than the current criminal market system does. The group seeks to engage Missourians in a serious, public discussion about the issues associated with marijuana consumption, including medical cannabis, industrial hemp, public safety and financial analysis in order to address problems associated with the current, failed policy.