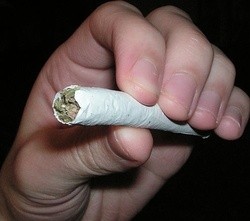 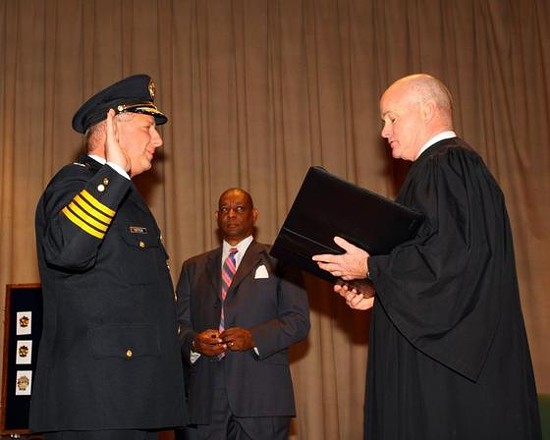 Dotson says he is always interested in reports that show St. Louis deviating from some norm and will look for ways to improve -- but reiterates his stance that in this case, the study is misleading. (Dotson has previously dismissed national rankings as inaccurately portraying a high crime rate in St. Louis through unfair and methodologically flawed comparisons.)

"Law enforcement is not...black and white. It really isn't," he says, "because there are lots of social and economic factors that go into it."

He says, "It's a much more complex problem."

Here's the ACLU of Eastern Missouri's press release outlining some of the local data, followed by the full national report.

THE WAR ON MARIJUANA IN BLACK AND WHITE: Billions of Dollars Wasted on Racially Biased Arrests

ST. LOUIS - According to a new report by the American Civil Liberties Union (ACLU), blacks were arrested for marijuana possession at 2.6 times the rate of whites in Missouri during 2010, despite comparable marijuana usage rates. The report, "Marijuana in Black and White: Billions of Dollars Wasted on Racially Biased Arrests," released today, is the first ever to examine state and county marijuana arrest rates nationally by race. The findings show that while there were pronounced racial disparities in marijuana arrests 10 years ago, they have grown significantly worse, and that is the case in Missouri.

"The war on marijuana has disproportionately been a war on people of color," says Ezekiel Edwards, director of the Criminal Law Reform Project at the ACLU and one of the primary authors of the report. "State and local governments have aggressively enforced marijuana laws selectively against black people and communities, needlessly ensnaring hundreds of thousands of people in the criminal justice system at tremendous human and financial cost."

"Because marijuana laws are enforced with a racial bias, people of color disproportionately bear the brunt of the huge personal costs that often linger for years," said Jeffrey Mittman, executive director of the ACLU of Eastern Missouri. "The war on marijuana has failed, so let's stop wasting money and resources on escalating marijuana arrests and work on policies that are smarter and fairer at reducing drug dependency."

The ACLU is calling for the states to legalize marijuana by licensing and regulating marijuana production, distribution, and possession for persons 21 or older, taxing marijuana sales, and removing state law criminal and civil penalties for such activities, which it says would eliminate the unfair racially- and community-targeted selective enforcement of marijuana laws. In addition, at a time when states are facing budget shortfalls, taxing and regulating would allow them to save millions of dollars currently spent on enforcement while raising millions more in revenue, money that can be invested in public schools and community and public health programs, including drug treatment. If legalization is not possible, the ACLU recommends depenalizing marijuana possession by removing all civil and criminal penalties for authorized use and possession for persons 21 or older; or, if depenalization is not possible, decriminalizing low-level marijuana possession by replacing all criminal penalties for use and possession of small amounts of marijuana for adults and youth with a maximum civil penalty of a small fine. Finally, if decriminalization is not possible, the ACLU suggests police and prosecutors deprioritize enforcement of marijuana possession laws.

ACLU The War On Marijuana