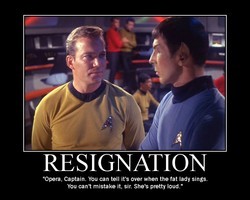 Image Via
Mary Catherine Moran is not pictured here
We missed this among all the Vincent Bommarito hubbub, but Mary Catherine Moran, the St. Louis circuit court official at the heart of an ongoing investigation into suspicious bail bonds, resigned from her post last week.

The Post-Dispatch's Robert Patrick reported Friday that Moran, whose official title is "pre-trial release commissioner," submitted a letter of resignation effective April 1. Moran, 59, has held her job since 1999 and has been with the circuit court for more than 30 years.

In case you forgot, Moran is accused of helping Bob Block Bail Bonds, the city's largest bail bond firm, alter several defendants' bonds without the approval of a judge. The unauthorized changes reportedly occurred more than twenty times and helped Block earn thousands of dollars they wouldn't have received otherwise.

The Post-Dispatch broke the story and here's their explanation of Moran's alleged misdeeds:


The retirement follows an inquiry begun last month, after the Post-Dispatch revealed a pattern in which bonds for criminal defendants were changed without explanation or proper notification to prosecutors and victims.

Those changes made it easier for defendants to get out of jail, under terms that made it possible for them to pay a bondsman to post bail. Sometimes a court official accepted a different, lower bond amount than set by a judge, with no explanation.

The Post also reports that St. Louis officials have contacted federal investigators with their concerns over the suspicious bail bond activity.

Missouri, meanwhile, is considering a reform of the state's bail bond laws.