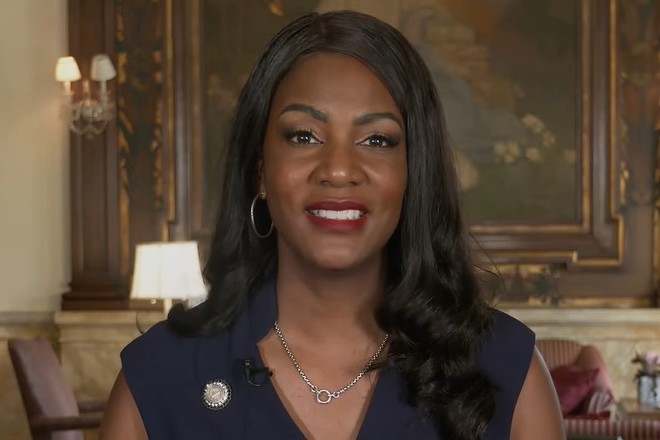 Everyone has a hometown, whether it’s big or small. Today, Mayor Tishaura Jones joined Dolly Parton, Miranda Lambert, elected leaders from all 50 states and other influential figures to launch the “Honor Your Hometown'' campaign.

Started by country musician Marty Stuart and filmmaker Ken Burns, the campaign is a compilation of more than 150 videos from various figures, including Jones, sharing “personal, touching stories” of their hometowns, according to a press release.

“St. Louis is a remarkable city full of incredible people, and I’m proud to call it my hometown,” Jones said in a statement. “I’m proud to highlight St. Louis’ powerful history, and join together with leaders from all 50 states to demonstrate there’s more that unites us than divides us.”

Jones took this opportunity to reflect on her hometown pride for St. Louis. In her video, she says there were many things that came to mind when asked about her favorite part of her hometown. Between the sports scene, the universities, health system or the people who live here, it was hard to pick — but ultimately, she picked the history of St. Louis.

The mayor detailed how Missouri was one of few states to allow enslaved people to sue their enslavers. She recounted how in the mid-1990s, a circuit clerk found hundreds of files that were lost in the basement. Those files recounted the stories of hundreds of enslaved Black people who came to our courts before the Civil War to sue for their freedom. St. Louis was the starting point of the Dred Scott Supreme Court case, as well as other freedom suits.

“Cities in the deep south, like Selma, have rightfully earned their place in civil rights history,” Jones says in her video. “But St. Louis deserves a similar spot in the pantheon.”

Other videos include a multitude of celebrity faces like Jon Batiste and Trisha Yearwood and even a few fun videos like “Santa Claus Honors the North Pole.”

However, this isn’t a public figure-only campaign. The "Honor Your Hometown" campaign encourages anyone who wants to highlight their hometown to do just that. Use #honoryourhometown and upload a video showcasing your hometown favorites to be a part of the campaign to celebrate the place that helped make you who you are.

“This is exactly the kind of initiative we need right now,” Burns said in a press release. “A celebration of where we come from and a reminder that we should be hopeful because our common bonds and values outweigh whatever differences we might have.”

The campaign runs until Thanksgiving.