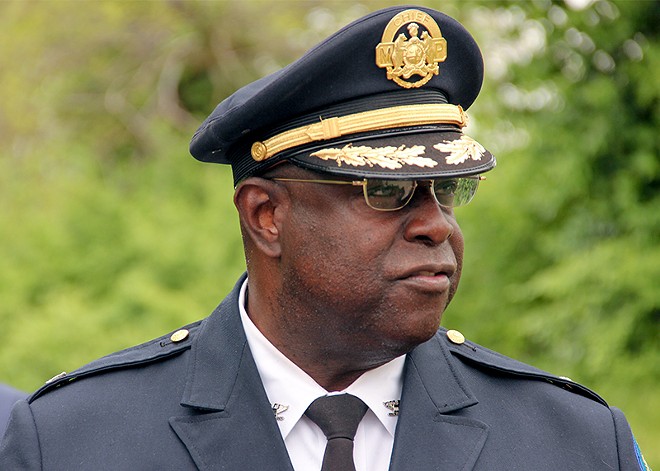 With the backing of Mayor Tishaura Jones, St. Louis' top budget board approved an amendment that seeks to reallocate $4 million of the police department's budget, including the elimination of 98 unfilled positions.

The amendment to the city's spending plan — which still needs to pass a final vote in the Board of Aldermen — would not remove any active officers from their jobs, but reflects what the mayor's office calls "an opportunity to ensure that the right resources are distributed to the right call."

"For many years the budget has not supported the needs of the people and that’s why we’re seeing record numbers of homicides and other acts of violence," Jones said in a statement after Thursday's meeting of the Board of Estimate and Apportionment.

"What we’ve been doing doesn’t work," Jones' statement continued. "This revised budget will start St. Louis on a new path to tackling some of the root causes of crime.”

The $4 million diverted from unfilled police positions represents a small fraction of the department's annual budget of more than $170 million, but it's a big step for the new mayor's agenda: On the campaign trail, Jones often critiqued the city's years-long efforts to shore up police staffing, arguing that more cops were not always the answer to crime while urging the city to instead "put the public back in public safety."

While Jones-the-candidate partially embraced the goals to "defund the police," she used terms like "re-envisioning" to describe ways of reshaping the department, including a platform that argued that some emergency calls would be better be handled by social workers or a combination of officers and mental-health professionals.

Jones' campaign speeches are now much closer to real policy. While cutting nearly 100 unfilled positions, the new budget retains funding to fill 50 remaining officer vacancies. The budget will kick in at the start of the next fiscal year on July 1, 2021.

Without 98 empty police positions to account for, here's where the $4 million will go, according to the mayor's office:
The amendment passed 2-1 during Thursday's meeting of the Board of E&A, with both Jones and Comptroller Darlene Green approving — but the board's third member, Aldermanic President Lewis Reed, said he couldn't support cuts to the police department's budget without knowing more about how the change would affect police operations and the department's reliance on overtime.

"It's hard to tell how we're going to make up for the purchasing of fewer work hours," Reed said.

Jones referred Reed's concerns to police Chief John Hayden, who said that he supports "the mayor's notion" that the department's resources tied to unfilled officer positions "could be utilized somewhere else."

Operationally, Hayden said removing the nearly 100 unfilled positions wouldn't affect the department's crime-fighting capabilities because those positions have been empty for years and represent a "theoretical group of people."

Hayden acknowledged that the department had spent years attempting to fill its empty officer positions, but explained that even with the Missouri legislature's abolition of police residency requirements, St. Louis has only been able to "keep up with attrition."

"I haven't been able to fill these spots," Hayden said, concluding that the proposed cuts "wouldn't prevent us from hiring more officers."

The proposed budget now moves to the full Board of Aldermen, potentially setting up a showdown between the backers of Jones' policing reform and Board President Reed, who was defeated by Jones in St. Louis' March mayoral primary.