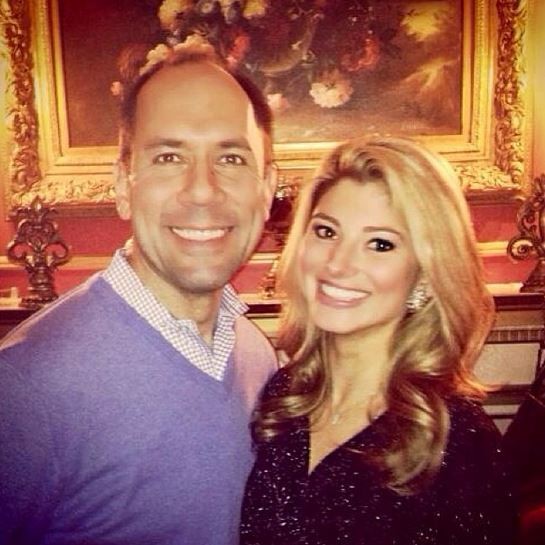 St. Louis has a new media power couple, and their romance started in the most true-to-the-Lou location possible: the Busch Stadium Champions Club during postseason.

John Sheehan, KMOX's (1120 AM) general manager and the CBS Radio St. Louis market manager, most recently known for solidifying Mike Shannon's spot as the voice of the Cardinals, and Rebecca Roberts, a FOX (Channel 2) reporter who's semi-new to St. Louis, met by chance during Roberts' dinner break at a post-season game.

Sheehan happened to be at the game alone when Donta Wade, supervisor of the UMB Champions Club at Busch Stadium, and Dan Farrell, the Cardinals' senior vice president of sales and marketing, thought he should meet Roberts, who was on her own grabbing a bite.

"It was totally spontaneous and random, but like all great relationships, it started at a Cards game," Sheehan says.

Sheehan was supposed to be in a box watching the game, but, he says, Roberts' intelligence and beauty kept him rooted.

"We just connected right away," Sheehan tells Daily RFT while lunching on a sandwich Roberts made for him. "We just struck up a conversation. Before we knew it, we were into the second inning."

After only three months, the couple says they're serious, exclusive and happy. Social media seems to agree; Roberts' Instagram account is full of couple selfies.

Sheehan, who was previously married, filed for divorce in June 2012, three months before Roberts moved to town to take her spot on TV. Now that the couple is together, Sheehan says, he's helping Roberts check activities off her St. Louis bucket list.

So far, the couple has seen a Chuck Berry concert, a Rams game, a Blues game and lots of Cardinals games.

"Being with him has really turned St. Louis into more of a home," Roberts says.

The couple has business to connect over. Sheehan says he's been watching more Fox 2 News lately, and Roberts admits she's been turning on her radio more often.

But that's not all they have in common. Roberts says the pair is more likely to talk about where they want to go to dinner or the latest episode of Homeland.

If he had his druthers, Sheehan says, he'd like to keep his relationship out of the press.

"We're a normal couple," he says. "We do want to keep our relationship kind of private."

Roberts agrees, although she admits that's hard to do because she's in the public eye.

"Rebecca [Roberts] is the star," Sheehan says. "I'm just behind the scenes."