Midterm Election Guide: Schmitt and Valentine Battle It Out for US Senate

Get your guide to political positions, cringeworthy moments and how they hope to win 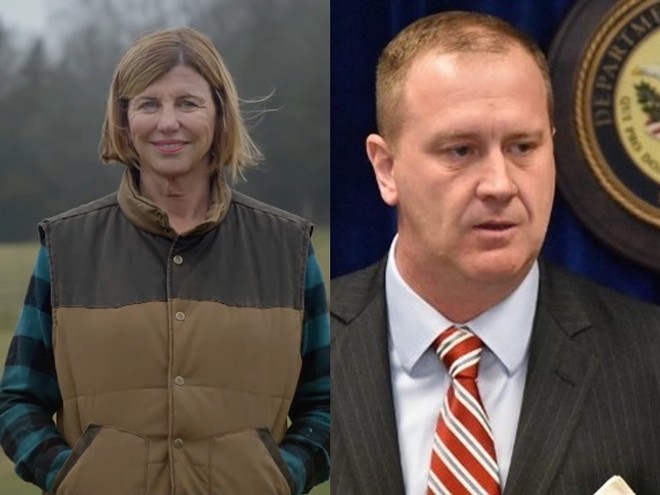 Screengrab, DOYLE MURPHY
Trudy Busch Valentine and Eric Schmitt are vying to be your next Missouri senator.

When Roy Blunt announced that he would not be seeking re-election after his second term in the U.S. Senate, it set off a mad dash of Republicans and Democrats to replace him. The early days of the race had a number of interesting quirks, including a short-lived third party spoiler-in-the-making (to try and stop Eric Greitens if he won the primary) and a split endorsement from Trump. But now we're left in the general with a mainstream moderate D facing a Trump-loving, MAGA R. That sort of match up should sound familiar because that's basically what happened in 2018 when Claire McCaskill took on Josh Hawley and lost by nine points. Now Trudy Bush Valentine's history as nurse and outrage stemming from the overturning of Roe v. Wade have bolstered the beer heiress's campaign, but she still faces steep odds against Eric Schmitt, who has already won two state-wide races.

About: Trudy Busch Valentine is the daughter of Gertrude and Gussie Anheuser Busch, making her the closest thing St. Louis has to royalty. Even though she was considered the establishment candidate in her primary race against Lucas Kunce, progressives have joined moderate Democrats in rallying around Valentine, who worked a regular person's job as a nurse despite being born into immense wealth. She is no doubt a very fine individual who would be exactly the sort of person we need in the Senate — kind, rational and considerate. Unfortunately, those very traits seemed to have defined her strategy in a race that, according to one SLU professor, Schmitt was going to have "a hard time losing." At least from the vantage of St. Louis, Valentine's campaign has been relatively subdued. She does post a lot on social media of her campaigning in rural Missouri, so who knows. Hope springs eternal. There's still plenty of time for a first-week-of-November surprise. A Schmitt pee tape, maybe? A video of him talking like the sane person he probably is rather than the MAGA cosplayer he presents as on the trail? We hope Valentine has some sort of ace up her sleeve. She's going to need it.

Best known for: Her pro-choice stance on abortion.

Notable endorsements: Andy Cohen and Karlie Kloss have tweeted their support for Valentine. Many progressives to the left of Valentine, including St. Louis writer Sarah Kendzior, have spoken publicly about the importance of backing her in the race.

Stance on guns: Valentine says she supports "common sense" gun reforms and that while she respects the Second Amendment, "military-style weapons don’t belong on our streets or in our communities."

Hopes to win your vote by: Reminding you that Schmitt doesn't want you to get an abortion — almost to the exclusion of any other topic.

Most cringe moment of campaign: A "Show-Me Trudy" campaign music video with production values so amateur it makes you wonder where all the money funding her campaign is actually going. 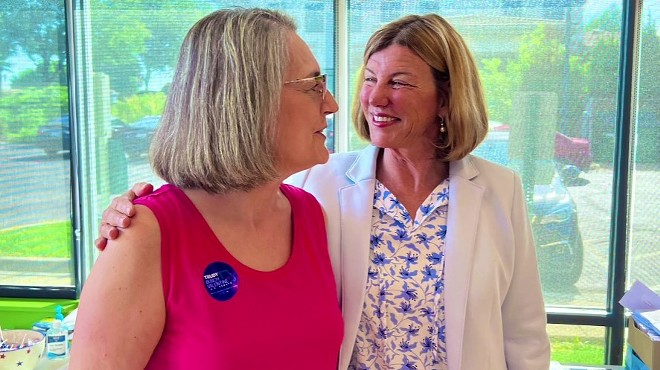 About: Eric Schmitt is the frontrunner to become the state's newest Senator in Washington. Schmitt began his political career as an alderman in the St. Louis suburb of Glendale before serving eight years in the state senate. Just about everyone who knew him back then said he was a likable, pragmatic guy who worked across the aisle, motivated by a genuine desire to serve his community and state. Those same people say it's been disheartening to watch the turn he's taken in recent years as he's either lost his mind or has pretended to do so in order to meet the far right voters of the GOP where they are. He's been a nationwide leader in denying the outcome of the 2020 election, signing onto a lawsuit that sought to reverse Biden's win in Pennsylvania, which if it somehow had been successful would have installed Trump for a second term. Schmitt has said that his primary job as state attorney general is to sue Joe Biden, which he has done now 25 times. He has filed stunt lawsuits against schools over their masking policies, against Biden over student debt relief and against the Communist Party of China over the origins of COVID-19. By doing so, he has made farces out of what could otherwise be legitimate debates over public policy. He eschews actually governing in favor of performance politics and virtue signaling. God knows what will happen if he and Hawley start trying to out-MAGA each other in the U.S. Senate.

Best known for: Numerous lawsuits as frivolous as they were ill-fated.

Notable endorsements: Donald Trump endorsed "Eric" during the primary. The only issue is there was no surname and two Republican Erics were running (the other was Eric Greitens). Schmitt himself endorsed Kanye West shortly after the Chicago rapper said it was time to go "def con 3" on the Jews.

Stance on abortions: No, you may not

Hopes to win your vote by: Fealty to Trump. Owning the libs.

Most cringe moment of campaign: We are not the target audience of his campaign and much of what causes us to shudder will excite his base. However, about three hours after the school shooting in St. Louis, he tweeted out a new, rambling, grievance-heavy video of Trump endorsing him. The release of the video surely could have waited at least another 24 hours.