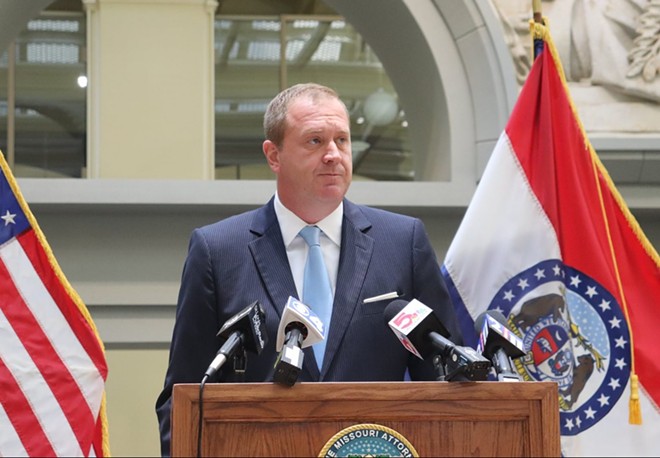 
This story was originally published by the Missouri Independent.

Schmitt’s office hinted during a hearing in Columbia earlier this week that more lawsuits were forthcoming. The lawsuits challenge rules school districts established allowing mask mandates to be reimposed if COVID cases reach a certain threshold.

For example, the Clayton School District has a policy that requires masks for two weeks if a COVID infection rate reaches 1.5% of the school’s total population for three days.

The lawsuits come just weeks ahead of many schools’ dismissals for the year and follow a wave of 47 lawsuits Schmitt embarked on earlier this year — with all but three of the lawsuits getting dismissed.

The districts facing new litigation have all been previously sued by Schmitt and include the Special School District of St. Louis County, Maplewood Richmond Heights, Clayton, Ladue, Webster Groves and Mehlville. The previous lawsuit against Maplewood Richmond Heights is still pending, but with dismissal motions filed by both sides before the judge.

“Mask mandates are destined for the ash heap of history,” the lawsuits read.

Rising cases have prompted some schools to return to temporary masking — which Schmitt argues are unlawful health orders districts do not have the authority to impose.

School districts have previously pointed to a variety of state laws that give them the authority to set rules for their districts.

As Schmitt pursued litigation against districts, he simultaneously worked with legislators in the hopes they would change the state law he’s been citing as a basis for his lawsuits. Schmitt wanted to clarify that the law does pertain to school districts.

The attorney general has also faced pushback from GOP lawmakers, who pointed to the lawsuits against schools as justification to cut $500,000 from Schmitt’s office budget that he’d requested. Other Republican legislators accused Schmitt of using the lawsuits to bolster his campaign for U.S. Senate.

The Lee’s Summit School District has filed a counterclaim of its own and is asking a judge to declare the attorney general overstepped the limits of his authority by ordering schools to end masking requirements.