Rep. David Tyson Smith wants to make it a crime for anyone 20 or younger to own automatic weapons

Kit Case
Several mass shootings in recent years were carried out with AR-15-style rifles and other semi-automatic or automatic-style weapons.

A Missouri representative wants to prohibit teenagers from purchasing semi-automatic or automatic weapons.

State Rep. David Tyson Smith, a Democrat from Columbia, prefiled a bill for Missouri’s 2023 legislative session on Thursday that would bar sales of semi-automatic firearms to Missourians who are 20 or younger. The bill would make it a class A misdemeanor for anyone within this age range to buy or lease semi-automatic or automatic firearms. Sellers would face the same charge if they sell the weapons to anyone younger than 20.

Several mass shootings in recent years were carried out with AR-15-style rifles and other semi-automatic or automatic-style weapons. Handguns, however, are still the most common weapon type used in mass shootings, according to the FBI.

Smith says he saw a need for his new bill given a “particularly startling” rise in mass shootings carried out by young assailants.

“In the past few months, we have seen truly horrific acts of violence committed by deeply unstable teenagers using firearms they legally purchased,” Smith says.

Smith specifically singled out the shooter who killed two people at Central Visual and Performing Arts High School in St. Louis in October. Had this bill been in place, Smith says, Orlando Harris “would not have been able to obtain the firearm he used to kill a student and a teacher.” Shootings earlier this year in Buffalo, New York, and Uvalde, Texas, also spurred Smith to sponsor this bill, he added. 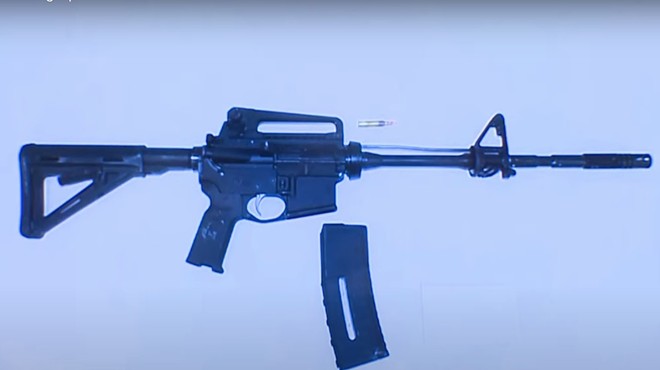 St. Louis School Shooter's Gun Was Taken Away, Family Intervened: Police say Orlando Harris' family did all they could, but sometimes that's "not enough"

“Potential changes to our gun laws, I think, would have prevented the CVPA shooting and would mitigate further instances of gun violence,” Mackey says.

Mackey introduced a similar bill in 2021, but it never made it past the committee stage.

Missouri law does not require background checks on unlicensed gun sales — so even though Harris failed an FBI background check before the CVPA shooting, he was still legally able to purchase his weapon. He was 19.

“While we cannot stop all gun violence, we can mitigate it,” Smith says. “One way we can do that is by limiting the sale of lethal weapons to those who may not yet have the developmental stability to use them responsibly.”