Missouri Has Four Election Deniers on the Ballot

And three other candidates who have raised questions about the validity of the 2020 election. 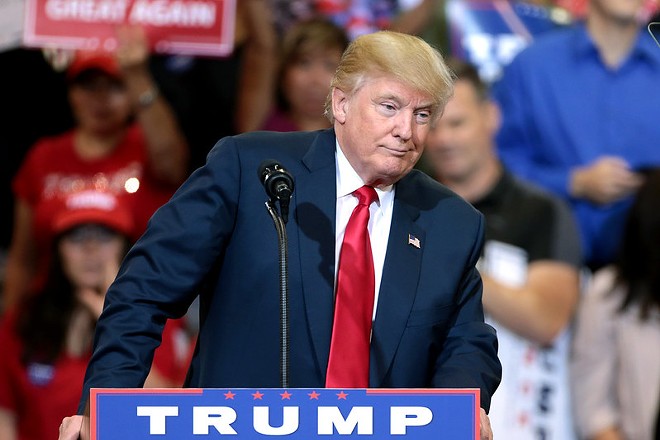 There are many concerns in this ass-backwards state. And when it comes to voting, choosing the right candidate in Missouri to represent your views can be a difficult task — even if you’re a Republican.

Most Missouri elected officials are not particularly known for their smarts or their forward-thinking ways, so when it came to “The Big Lie,” plenty of candidates on Missouri ballots were eager to get in on the action.

The Big Lie is best described as the claim that the 2020 election was stolen. This baseless claim was spread most efficiently by Donald Trump. His followers and apologists jumped on for the ride and did their parts to deny the results of the election, too. Other candidates didn’t go full lunatic and claim to believe this lie but raised questions about the legitimacy of the election because they still wanted to score points with MAGAs.

These election deniers represent an extreme (but vocal) minority in Missouri and are not reflective of traditional Republican voters.

According to political analysis website fivethirtyeight.com, Missouri has four election deniers on the ballot; Eric Schmitt, Blaine Luetkemeyer, Sam Graves and Jason Smith have joined conspiracy theorists in denying the results of the 2020 election.

But others in Missouri are almost as bad: Mark Alford, Eric Burlison and Jacob Turk have all raised questions about the validity of the election.

Andrew Jones has made no comment about the 2020 election but — to her credit — Ann Wagner has said that she fully accepts the results. (Though she's still a nightmare in many other ways.)

So if complete denial of reality isn't reflective of your views, remember the names of the guilty when you’re at the ballot box and choose accordingly.

For a “quick and dirty breakdown" of the midterm election, check out the RFT’s Guide to the 2022 Missouri Midterm Elections, where you can learn what you’ll need to bring to vote and can dig into what issues will be on the ballot.