TIM BOMMEL/HOUSE COMMUNICATIONS
Missouri State Rep. Wiley Price IV was censured after he was accused of harassment and retaliating against an aide.


In a rare sign of rebellion, legislative aides who work for Missouri House Democrats are accusing their party’s leaders of doing more to protect a fellow lawmaker than employees.

The group of staffers, who requested The Independent withhold their identities for fear of retribution, are upset with how Democrats handled a House Ethics Committee report accusing state Rep. Wiley Price of harassment and retaliation against an aide who reported an alleged violation of House rules barring sexual relations between lawmakers and interns.

The House voted 140-3 last week to censure Price after a Republican-led effort to expel him failed to receive the necessary two-thirds majority. Only one Democrat voted in favor of expelling Price.

The staffers, who work for Democrats from across the state as well as the demographic and ideological spectrum, detailed their concerns in an article submitted to The Independent this week (published below).

They say they were compelled to make their feelings public because of a “toxic culture” in the Capitol that “turns a blind eye to abuses of power when it’s politically expedient.”

Subsequent interviews with House Democratic staff not involved with the op-ed mirrored its sentiment.

“We work tirelessly in an already toxic environment to support the Democratic Caucus when it needs us,” the legislative staff wrote. “But when we most needed them, where was their support? Strategically absent.”

House Minority Leader Crystal Quade, D-Springfield, said in an interview that she has certainly heard from lots of people who were not happy with how the process played out, including Democratic staff.

“It makes me sad that folks feel betrayed,” Quade said when asked about the reaction of Democratic staff. “That is the first feeling that I have. It makes me feel sad.”

The House Ethics Committee, made up of five Republicans and five Democrats, voted unanimously last month to recommend censuring Price. The committee concluded that he lied during a legislative investigation of an alleged sexual encounter with an intern and threatened the legislative assistant who reported the encounter.

Price, D-St. Louis, has steadfastly denied having sex with the intern, and he points out that the intern also denies the encounter ever happened.

But he acknowledges making mistakes dealing with the investigation.

He has admitted lying to a House investigator when he said he had never sent or received texts from the intern, but said he told the truth in closed-door testimony to the ethics committee.

The committee’s report, Price argued, was marred with omissions and misrepresentations. And he flatly denies ever attempting to threaten his legislative assistant into silence. 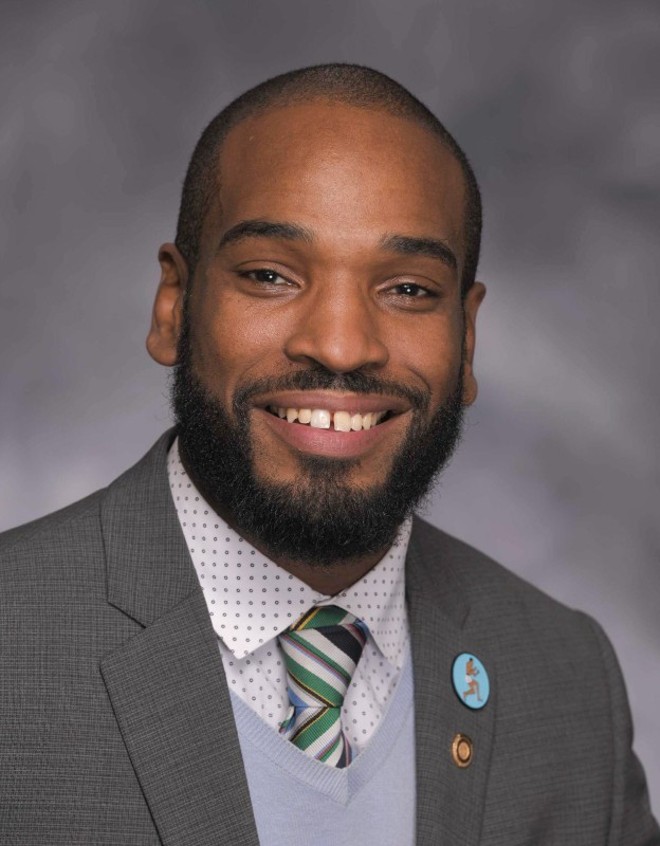 When the ethics committee released its report, Republican leadership quickly issued a statement declaring that they stood behind the findings and that Price would face punishment.

Quade responded to the findings with a statement saying that “the next step will be for the full House to evaluate the evidence and determine appropriate action.”

When the House took up the committee’s report for debate last week, Democrats ended up defending Price from an attempt by Republican lawmakers to go beyond the ethics committee’s recommended punishment of censure and instead to expel him from the House.

The Democratic staffers who reached out to The Independent said watching the debate unfold last week “was like watching an episode of the Twilight Zone.”

They wrote: “People who we admire actively let us down, and people for whom we have no warm feelings rushed to our defense. It is shameful that the Democratic Caucus, a group that consistently claims the mantle of championing dignity for working people, should be so complicit in worsening an already toxic environment for their own employees.”

Quade said last week’s debate “certainly didn’t go in any way how we expected it to go.”

Democrats didn’t know that the GOP were going to push to expel Price until an hour before the debate began, Quade said.

“As you can guess we were all very blindsided by it,” she said. “We had folks prepared to talk about the need for censure, and it was going to be a very different conversation. We didn’t say the things that we wanted to say that day.”

Instead, Quade says Democrats were forced to defend the recommendation of the committee.

“It was about the future of that committee,” she said. “It was about ensuring that folks have a place to go that is respected and trusted when they have concerns, and respecting the work that those individuals on the committee did for nearly a year.”

When the committee unanimously voted to censure but not expel Price, she said, “I had to trust that they did their due diligence.”

In their submission to The Independent, the staff called Democrats’ defense of the process “empty platitudes,” especially when compared to the public statements made that day by Republicans.

Frustration among some House Democratic staff has simmered behind the scenes since Quade’s initial statement. But it has occasionally bubbled to the surface.

Emilie Bridges, who works for Democratic Rep. Tracey McCreery of St. Louis County, tweeted the day of the House debate that she was willing to concede that because the intern denied a sexual relationship with Price, “that complaint in and of itself might not stand on solid ground.”

“What I cannot understand, hurt me as a staff member, (and) disappointed me as a Democrat, was the seeming lack of concern with how staff is treated,” she tweeted.

As a member of staff, a former senate intern, a young woman who has been manipulated in the past to hide traces of inappropriate conduct, and a proud, proud democrat, I’m concerned on every level about what happened today. https://t.co/dTrFFihQp8

The assistant testified that after informing Price he had violated House rules and would be reported, Price tried to convince the assistant to lie to cover for him. According to the testimony, Price eventually threatened to fire the legislative assistant for reporting the encounter.

The committee’s report said Price later told the legislative assistant, “where I come from people die for doing s*** like this,” referring to reporting the alleged sexual encounter.

After the House debate last week, Bridges tweeted: “We cannot simultaneously be the party that claims to be on workers’ sides and blatantly not believe the female staff member who testified to being harassed in her place of work.”

Bridges told The Independent on Wednesday that she has thus far not received any pushback or faced any retaliation for her public comments.

“I have a really good relationship with my boss,” she said, “and I feel confident that she has my back. But I get the sense that a lot of other staff in the building don’t feel as comfortable doing that, so it felt important for me to use my own social media platforms to express some of the fears and concerns that last week’s vote brought up for me.”

In their op-ed, the staffers said House Democratic leadership “made the inexplicable strategic decision to dig in and refused to acknowledge that what happened to the staffer in question was wrong.”

The ethics committee did not conclusively prove that Price had a sexual relationship with an intern, the staff said, but the allegations of perjury, obstruction and threatening a staffer should not be treated as trivial.

“This staffer did everything that House policy required and followed the rules that every member agreed to when they swore their oath of office,” the staff said. “Silence on this issue sends a loud and clear message to other staff: keep your head down, nobody’s looking out for you.”

Quade said that is simply not the case.

“The censure on Rep. Price was not about the intern. It was 100 percent about the treatment of the (legislative assistant) and the perjury,” she said. “The committee, as well as the members who voted for censure, which were almost all of us, were acting on the fact that we believe there was retribution against the (legislative assistant), and we said we will absolutely not stand for this.”

She added that censure, “is not just a slap on the wrist. The representative was taken off committees, he has a very hefty fine, he cannot serve in leadership, etc. It’s the first censure in House history. And so that wasn’t taken lightly.”

When the House returns next week, Quade said she intends to meet with any staff member who wants to discuss the situation.

“I know folks are upset. People are upset from all sides, not just staff,” she said. “And the only way to move past that is to have dialogue.”