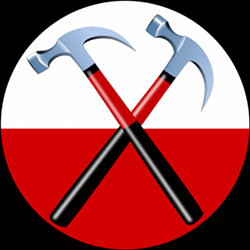 Official Seal of the Missouri Legislature
The Missouri House yesterday passed along a bill to the Senate that they hope will allow for the drug testing of welfare recipients.

H.B. 76, sponsored by Ellen Brandom (R-Sikeston), passed the House by a whopping 121-37 vote margin and would allow any welfare recipient suspected of doing drugs to be tested for illegal substances. The bill leaves it up to the Department of Social Services to determine whom to screen and how to test them.

Those found to have engaged in drugs will lose their benefits under the federal Temporary Assistance for Needy Families program for one year.

They'd also be referred to a drug treatment program, though the state wouldn't pick up the tab for their recovery. A drug user's dependents could still receive welfare support though a protective third-party vendor to ensure the guilty party doesn't use the money for drugs.

Still, social workers see the bill as flawed. "You're going to have incredibly poor kids with an addicted parent, with even fewer dollars in the household," Colleen Coble, executive director for the Missouri Coalition Against Domestic and Sexual Violence, tells the Associated Press.

The bill could get even tougher in the Senate, where the AP adds that lawmakers are considering three bills that would take away welfare payments for three years for those caught doing drugs.