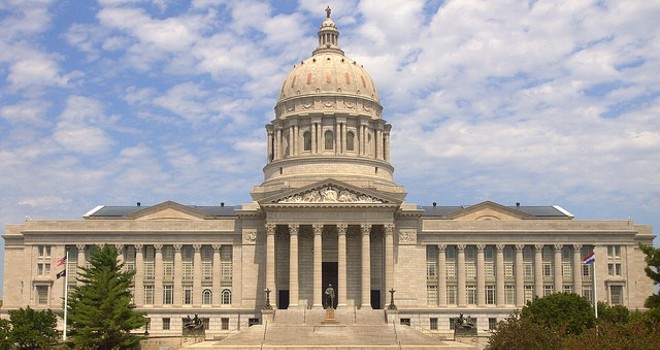 PHOTO COURTESY OF FLICKR/JIM BOWEN
Vandals who threw paint on a Confederate statue in Springfield, Missouri should be "hung from a tall tree with a long rope," a Missouri lawmaker wrote on Facebook earlier today.

State Representative Warren Love (R-Osceola) rapidly deleted the post, but not before it got shared a few times — and not before it was spotted by Democrats.

The Missouri Democratic Party is now calling for his resignation.

“This is a call for lynching by a sitting State Representative," the party said in a statement issued this evening. "Calls for political violence are unacceptable. He needs to resign.”

Warren Love.
The state lawmaker, who comes from a tiny town about an hour and 40 minutes southeast of Kansas City, was sharing a story from a Springfield, Missouri, television station reporting on vandalism to a statute of a Confederate at the Springfield National Cemetery.

He's not the only Missouri pol to make the news for impolitic comments on Facebook in recent weeks.

State Representative Maria Chappelle-Nadal (D-University City) has been targeted for removal after writing on Facebook that she hopes President Trump is assassinated. Chappelle-Nadal has been stripped of committee assignments, with the lieutenant governor saying he will call for her expulsion if she doesn't resign.

Love told the Post-Dispatch that he didn't literally want the vandals lynched.

"That was an exaggerated statement that, you know, a lot of times is used in the Western world when somebody does a crime or commits theft. ... That's just a Western term and I'm very much a Western man. You know, I wear a coat. You know, I dress Western. And, you know, I'm the cowboy of the Capitol."