Missouri May Vote on Ranked-Choice Voting this Year

Several organizations are advocating for ranked-choice voting as a statewide alternative to the current winner-takes-all system that’s the default in United States elections.

The political action committee Better Elections faces an upcoming deadline of less than a week to gain 170,000 signatures to get the vote in on the November ballot. The St. Louis Post-Dispatch reports that it’s unclear if the PAC will achieve that goal in time.

The Better Elections measure would enact nonpartisan primary elections where four candidates content with each other. It would apply to statewide offices, the Missouri General Assembly and to U.S. congress races.

That’s similar to a measure Alaska adopted recently, says David Kimball, a professor of political science at the University of Missouri–St. Louis, who studies voting and elections.

He says that ranked-choice voting can be complicated to explain but sees some potential benefits. Under the system, voters rank all candidates in order of preference. If no candidate receives the majority of first-place votes, the candidates with the fewest votes is eliminated, and those votes are reassigned to the voters’ next-preferred candidate. This continues until a single candidate has a majority.

"One potential benefit is that the winning candidate will be supported by a majority of voters,” Kimball says, noting it also has the potential to benefit third-party or “spoiler” candidates, and encourages more people to run for local office.


He says that 15 to 20 U.S. cities as well as New York, Maine and Alaska have adopted ranked-choice voting for some elections.

For some races, St. Louis city uses an approval-voting system, where voters can select as many candidates as they like and the two candidates with the most votes advance in a head-to-head general election.

Tabulation with ranked-choice voting can be complicated, Kimball says, and “some states or cities might not have proper tabulation equipment to do that.”

Better Elections is not the only proponent of ranked-choice voting in town.

Brown, who helped found the nonprofit, says he believes the alternative voting procedure would benefit voters by making them feel like they don’t have to choose the lesser of two evils. It would also disincentivize mudslinging among candidates. 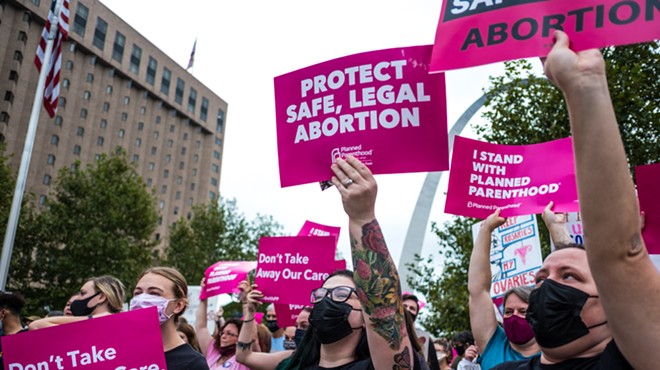 
He is less than enthused about the Better Elections option.

“We're not going against it, but we don't support it,” he says, pointing to how Better Elections would only put four candidates on the ballot. He believes that would cut out third-party candidates.

As an alternative, St. Louis Ranked Choice Voting is working to get a bipartisan bill through the state legislature as well as looking into a petition initiative.

Kimball is more open to the possibilities.

“I'm not a big fan of the winner-take-all rules that we currently use,” he says, noting that ranked-choice voting isn’t the only alternative voting method out there. “So I'm open to changes, and I think part of me thinks it is worth trying this out."