Missouri Missed Out on Medical Marijuana in 2016. Here's Why 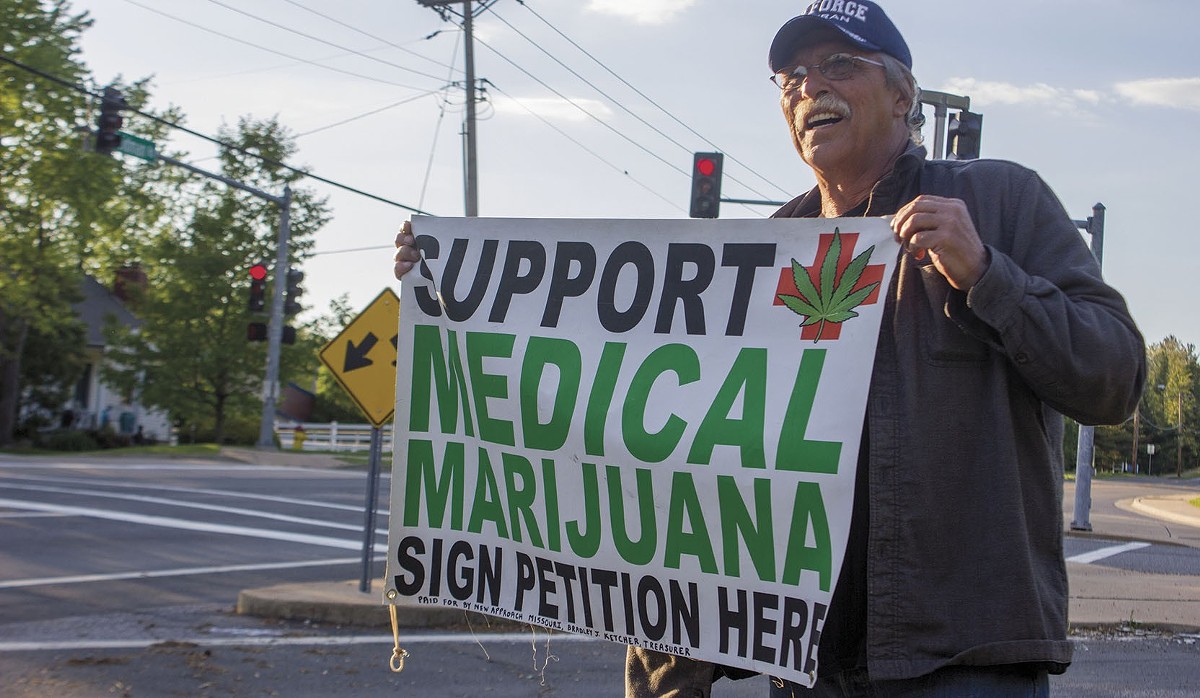 PHOTO BY DANNY WICENTOWSKI
During the 2016 Missouri Cannabis Conference, John Payne (center) talked up the possibility of a medical marijuana ballot initiative in 2018.

The weekend after the election, about 60 marijuana activists gather in a University of Missouri-Columbia auditorium for the 2016 Missouri Cannabis Conference. The atmosphere is tinged by the bitterness of defeat. There had been time, months ago, when these attendees had assumed the conference would be victory lap commemorating the state's brand-new medical marijuana law.

Instead, the conference has become a wake.

During a panel discussion assembled to dissect the missteps of New Approach initiative, John Payne fields the question burning in everyone's mind: Why did we fail?

"There were two clear factors," Payne says. First was the matter of timing. New Approach had initially targeted September 2015 to begin collecting signatures, but the group had gotten tangled up in negotiations with a potential donor, a wealthy lawyer named Brad Bradshaw. According to Payne, Bradshaw wanted steep taxes on retail sales of medical marijuana, something New Approach's organizers found unacceptable. The two sides never found a middle ground, but the delay kept New Approach from filing its initiative until November 2015, and signature collection didn't begin until late January 2016.

"That lost us two months of signature gathering time," Payne tells the audience. "If we had had that extra two months, I have absolutely no doubt that we would have been able to qualify for the ballot."

The other factor, of course, was that signature collectors bungled their jobs by over-collecting in District 1, putting District 2 deep into the red before the deadline.

"We are going to reexamine who we hire as the signature gathering firm," Payne says, responding to a question from an audience member. "I don't know exactly whom that might be, but we are going to file a petition for 2018 in the next few days."

If the implication wasn't clear, Payne later spells it out in conversation with attendees: PCI will not be getting the job.

But is a 2018 ballot initiative the way to go? Payne and other organizers answer yes, unless something unexpected happens in the Missouri legislature. In 2016, two watered-down medical marijuana bills failed to pass the House, and any lawmaker attempting to push a bill will likely run into similar opposition from the conservative, law-and-order types that currently rule the legislature. Legalization will almost certainly rest on another initiative and all it entails.

"It is not our ideal," Payne says of the plan to target 2018 for a follow-up initiative. "But it is certainly a winnable election."

Among the conference attendees, the prevailing opinion is that PCI's collectors screwed up the signatures in St. Louis County, but that New Approach deserves some blame for failing to mobilize its grassroots volunteers and leaving signature collectors with just three months to get the job done.

"It's not just on PCI and not just on New Approach," says Damien Johnson, a St. Louis cannabis activist with the Greater St. Louis chapter of NORML. Johnson collected signatures for PCI during the campaign. "The only thing that a petitioning company can guarantee is that you're going to get signatures. But they cannot guarantee success. That depends on how many volunteers help, and that depends on how much time you give them."

Right now, Missouri's marijuana activists have all the time in the world. Five cannabis initiatives have already been filed with the Missouri Secretary of State, including a slightly tweaked version of New Approach's 2016 initiative.

Toward the end of the conference, Jeff Mizanskey addresses the quarter-full auditorium. He's an emotional speaker, and his eyes are soon wet with tears. Before him are the same people who wrote letters and called legislators on his behalf while he was in prison. He owes much to Missouri's cannabis activists.

"I've heard a lot about unity," he says. "Well I wouldn't be here if it wasn't for unity. If it wasn't like that I would still be locked up in prison."

For Mizanskey and others, passing a medical marijuana initiative does more than just help those suffering chronic pain or illness. Medical marijuana is a stepping stone to broader legalization and reform, and ultimately the end to the drug war. Mizanskey's dream is to see Missouri's prisons emptied of non-violent drug offenders. That's why he continued to wave that banner at cars in Ballwin. It's why he continues to fight for legal weed, even though his parole restricts him from smoking the stuff himself.

"We had it, people," Mizanskey says to the crowd, nearly shouting. He asks them to get out on the streets, to bring in thousands of extra signatures in 2018.